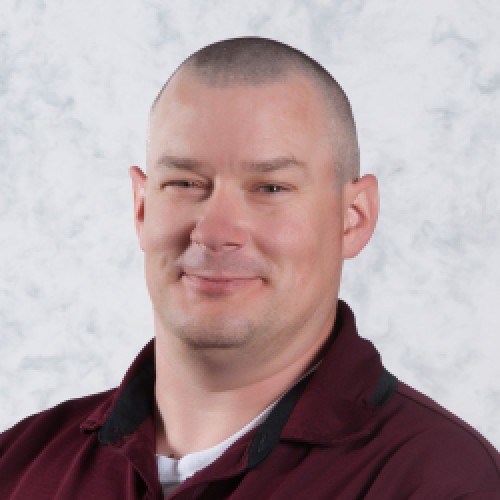 Dallas Hulsey is an Idaho native who enlisted in the United States Navy after graduating from Meridian High School and spent 21 years on active duty. He was stationed or deployed overseas for over 15 years during his service, and has traveled extensively throughout Asia, and the Middle East. He retired from active duty at the rank of Chief Petty Officer in 2014.

Dallas started using his GI Bill® at CWI where he graduated with honors earning an Associate’s Degree in Liberal Arts in 2017. During his three semesters at CWI he was an engaged student taking an active role in the Student Veteran’s Association, and Student Government.

Dallas has been an employee at the College of Western Idaho since January 2017, and was selected as the first Veterans Services Coordinator. Building CWI’s Veteran Services from the ground up has been both challenging and rewarding. As an OIF (Operation Iraqi Freedom) Veteran he understands some of the challenges in transitioning from active duty to the class room. In addition to his role as the Veterans Services Senior Coordinator, he is an advisor for the Student Veteran Association.