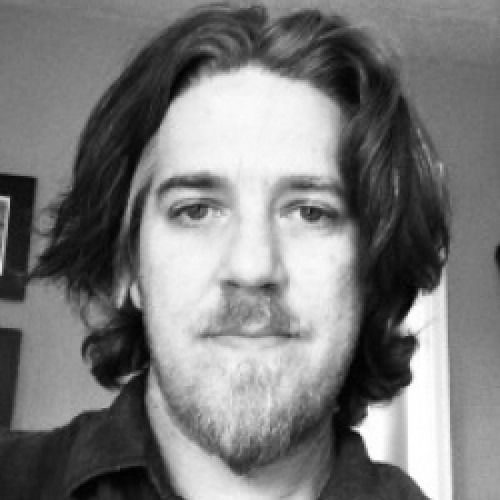 Carl Della Badia was born in Philadelphia, raised in South Jersey, and received an MFA from Naropa University's Jack Kerouac School of Disembodied Poetics. His work has appeared in El Pobre Mouse, ;lexicon, Literary Arts Journal of Duquesne University, Kali's Tongue, as a finalist for the Glimmer Train Short Story award for New Writers, as well as an honorable mention for the Ledge/University of New Orleans Summer Fiction Prize. He recently finished a lit fic novel that is still looking for a publisher, and is at work on a second novel in the speculative SF tradition. The writers he is obsessed with at the moment are Octavia Butler, Sam Delany, Steve Erickson, China Mieville, Ursula K. Le Guin, and JG Ballard. He is also investigating Surrealist painters and writers, as well as Marxist Theory, and will never relinquish his love for either the Beats or Modernist Poets. Currently, he lives in Boise with his wife and two sons and teaches American Lit and Composition at CWI.