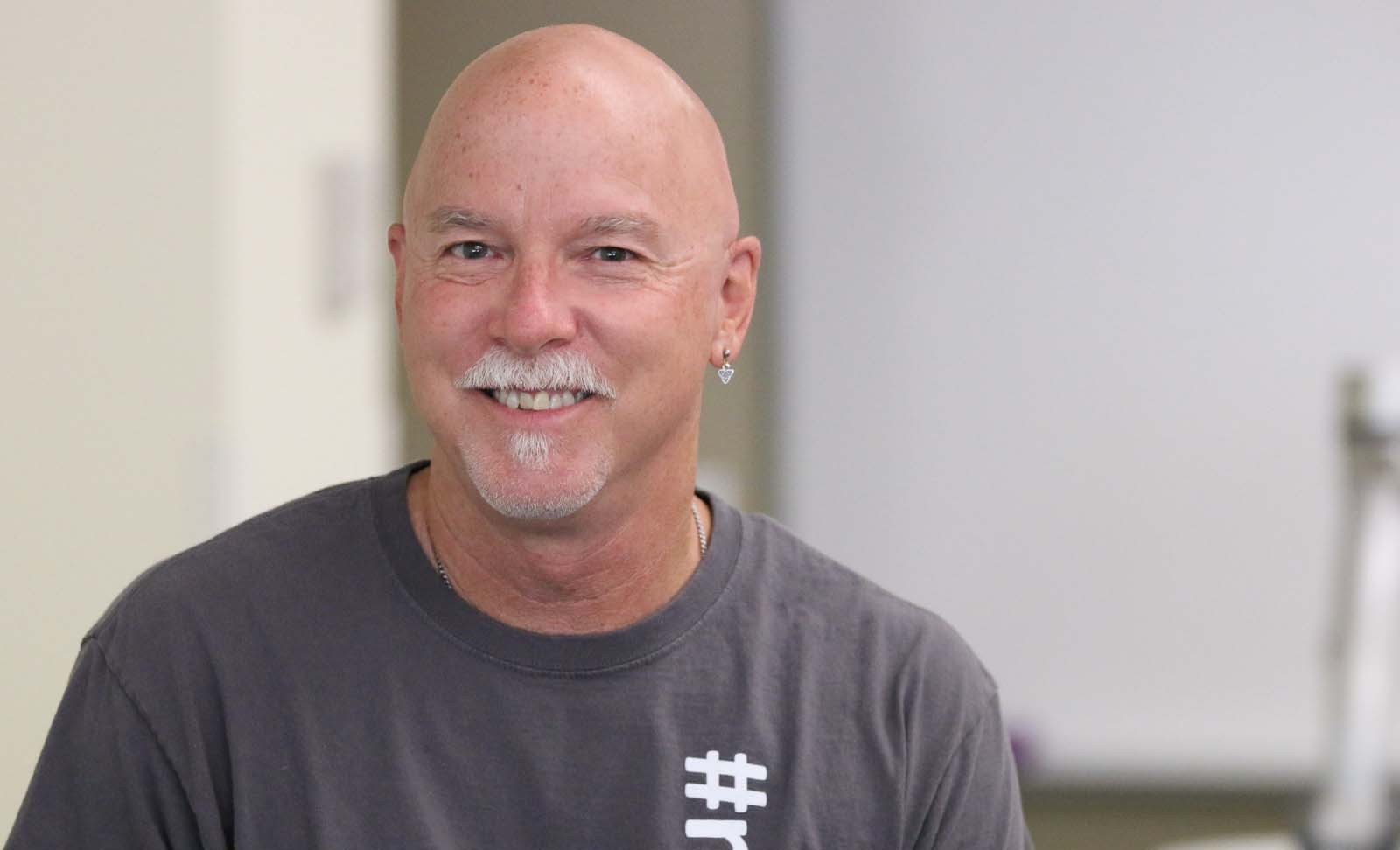 Congratulations to Dan Garrity, College of Western Idaho’s (CWI) Faculty of Distinction for September 2021. Garrity is an instructor in the Communications and Marketing department and has been teaching at the College for three years.

Garrity’s career path began at 22 when he enlisted in the United States Air Force and was given a series of tests to determine which career field he was best suited for. Through the testing, he learned of his aptitude for language acquisition and chose to learn Russian.

“I chose Russian because I wanted a huge challenge; something that was so 'foreign' to me that I'd have to use everything I had to get good at it. I became an airborne Russian Cryptologic Linguist, flying combat reconnaissance missions for three years during the Cold War.”

While continuing his nine years of service in the Air Force, Garrity began paving the way for a career in television. Along with earning a bachelor’s degree in Broadcasting from Northern Arizona University and a master’s in Communication Leadership from Gonzaga University, he spent 15 years gaining real-world experience in broadcasting.

“I began as a videographer in San Angelo, Texas, one of the smallest markets in the country. Once my service commitment was over, we moved to a mid-sized market in Spokane, Washington, followed by a top-ten market in Seattle where I was a reporter. I ended my career in professional news as Managing Editor of the CBS and NBC affiliates in Spokane.”

His television career took a turn toward education while working as the Managing Editor of an NBC station in Spokane.

“Gonzaga University was in need of an adjunct professor, and I jumped on the opportunity. Leaving the newsroom two days a week to teach, I quickly realized Tuesdays and Thursdays were my favorite days of the week. It was such a joy to witness students’ discoveries of their own unique gifts. I felt like I had something that could assist them in achieving their goals.”

Garrity became the Director of Gonzaga’s Broadcast Studies program in 2001 where he worked until crossing paths with former CWI Department Chair, Michelle Bennett.

“From the first meeting I had with her, I could feel her investment and commitment to students. She loved her students, she loved her colleagues, and you could tell. The best discovery was, Michelle wasn't alone. The culture of care she helped to create at CWI lives on in a big way. Our faculty legitimately care about and for each other, and the bulk of our resources are devoted to the student experience. I'm so lucky to be here, and I'm proud to tell people I am part of CWI. I have been privileged to accompany some amazing students on a formative part of their journey. No matter how much they learn from me, they have most certainly taught me more.”

“Dan throws you so far outside your comfort zone you are inspired to push harder and into new kinds of innovation you didn’t realize you were capable of,” said 2020 graduate, Justina Sexton. “By sheer grit and raw creativity, he taught me to go beyond the ordinary to step out into the extraordinary.”

“Dan’s devotion to quality instruction, celebrating his peers and school, and building community among our students is second to none,” said Jim Gatfield, Associate Professor and Communication, Media Arts, and Marketing Department Chair. “Dan’s presence in the classroom is transformative for students. In less than three years as full-time faculty, he has spearheaded multiple major projects giving students hands-on experience that will stay with them forever. He is effortlessly enthusiastic in his devotion to celebrating those around him. Quite simply, every college and university should hope to have faculty like Dan Garrity.”

Deeming himself the “luckiest husband”, Garrity and his wife have been married for nearly 40 years. The couple has three grown and married daughters and five grandkids.

“I'm the slowest triathlete in the Treasure Valley, and I love to golf. You'll probably beat me at that, too. I'm also crazy good at Jeopardy when I can pause the DVR as long as necessary.”