Accomplishing a Lifelong Dream Thanks to CWI 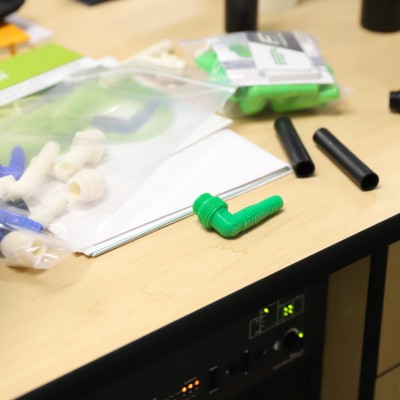 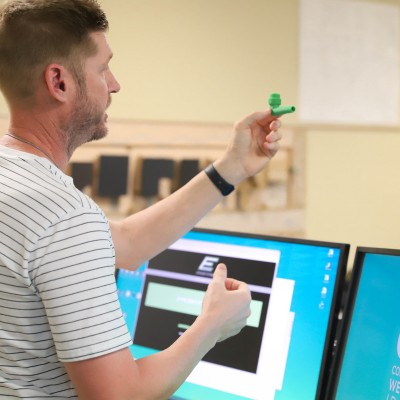 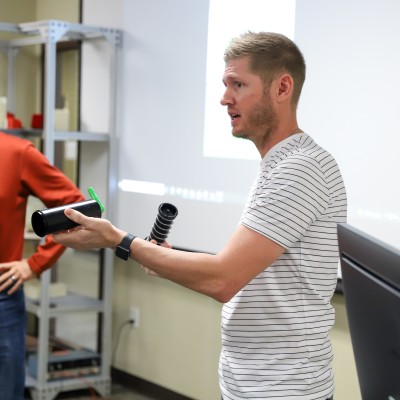 College of Western Idaho (CWI) Drafting Technology program graduate, Chris Sinsel, is making a name for himself in the landscaping technology world! He has created and recently patented the Universal Sprinkler Fitting, a tool that is able to fit into any sprinkler head and pipe. Sinsel attributes his experience at CWI for helping him turn a life-long dream of inventing something into a reality.

"The idea started while I was working on a project here at CWI," Sinsel said. "I was designing something else, and this Universal Sprinkler Fitting design ended up being a solution to the project. I continued to take measurements and realized there wasn't something quite like it on the market. That is when the light bulb went off, and I continued to create different prototypes while at CWI."

The Universal Sprinkler Fitting is a green, elbow shaped tool that has four different configurations — half-inch and three-quarter-inch sprinkler heads and three-eighths-inch and half-inch pipe. The fitting tool can fit into any sprinkler head and pipe thanks to the design of Sinsel's patented multiple threaded connectors.

"Installers only need one fitting for any job.”

While it did take Sinsel a lengthy chunk of time to get both the patent and manufacturer to approve his design, he said the long process was worth it.

Sinsel now has about 25,000 of his newly patented fittings manufactured and ready to sell. He is working on selling his product through Amazon and create more branding. He hopes in the near future bigger landscaping technology and sprinkler companies begin to take notice and reach out to work with him. He would love to start distributing his design through stores, like The Home Depot.

Sinsel graduated from CWI's Drafting program in Spring 2019 and now works full-time at Micron Technology, in Boise, as a Design Drafter. He is thankful for the opportunities CWI provided him and would like to give back by helping current students achieve success of their own, whether that is through bringing in recruiters from Micron or offering career and design advice.

"Patience and persistence. If you have an idea, don't give up. Just keep moving forward and go after it."