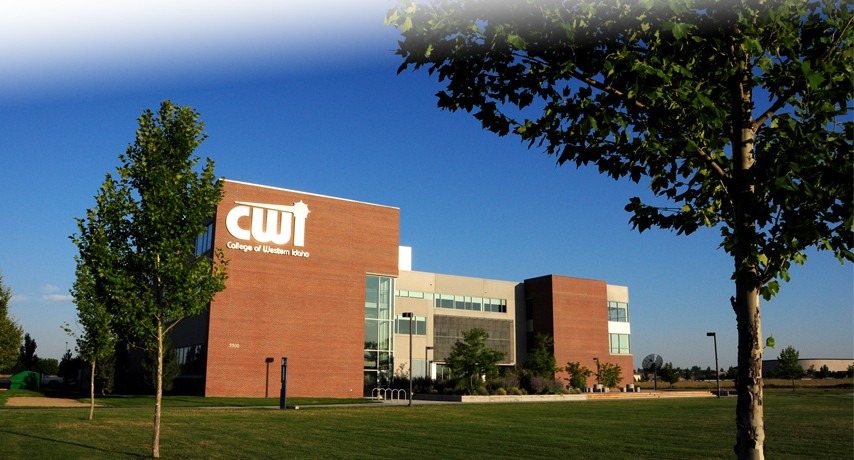 On May 22, 2007, the area’s only community college was created by a supermajority of voters in Ada and Canyon counties, now recognized as College of Western Idaho. We're excited to recognize ten years since this monumental day and proudly boast CWI has served more than 100,000 students and has become the largest community college in Idaho during that time. CWI looks forward to continued success expanding learning and life opportunities, encouraging individual advancement, contributing to Idaho's economic growth, strengthening community prosperity, and developing leaders.

Under a cloudless sky, rookie wildland firefighters feverishly dug a fire line as a wall of flames approached.

The flames were fictitious, created with long lines of red spray paint in a field north of the Nampa Campus Academic Building at the College of Western Idaho (CWI). The exercise was part of Basic Fire School, held at the College each year before the fire season. The training sets a foundation for new firefighters who range in age from 18 to their mid-30s.

On Wednesday, 65 new recruits learned about radios, drip torches, and fire engines as they made their way through six training stations on the campus. The College is an ideal location for training with its exceptional facilities and more than 100 acres to practice.

“What makes CWI convenient for us, is that we can use indoor classrooms and we can also spend a large amount of the time outdoors,” said Gabe Carr, a squad leader with the Boise Bureau of Land Management’s Helitack crew.

“It gives us the flexibility to run a variety different lessons and exercises with the students,” he said.

Following the week-long training course, firefighters will work with crews this summer at the BLM, U.S. Forest Service, Idaho Department of Lands and contractors.

Grace Barnes, with workforce development at CWI, helps to organize the training and said it is a great way to introduce people to the College.

At the end of training, each person who passes the class, receives a certificate from the National Wildfire Coordinating Group and their name is placed in a national data base. Those firefighters are then recognized for their skills and eligible to work anywhere in the country.

“I’ve been a life guard for five years, so I thought I would try firefighting” said Engebritson, who is looking forward to the real-world experience he will get battling blazes across the region. 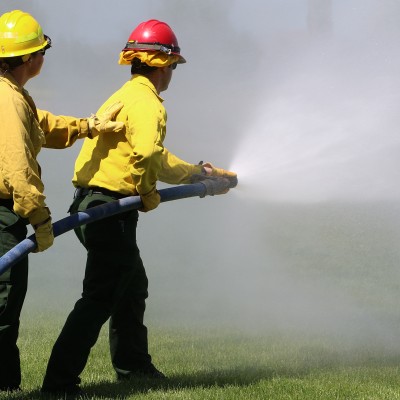 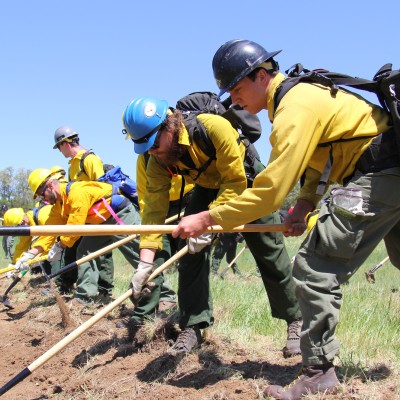 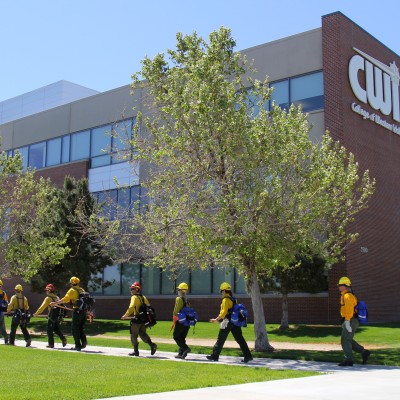 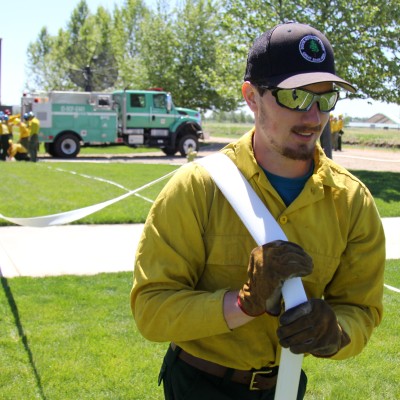 College of Western Idaho President, Bert Glandon, was honored with an Idaho Business Review CEO of Influence award on May 23, during an event in Boise.

Glandon was one of 10 CEO’s recognized in the region. The winners were judged for their leadership, vision, innovation and competitiveness, financial performance, and community leadership. The selection of this year’s award recipients was completed by past leaders who received the award.

“Once again, this was very hard. We have some great people in our community,” said Connie Miller of Icon Credit Union, in an IBR article. 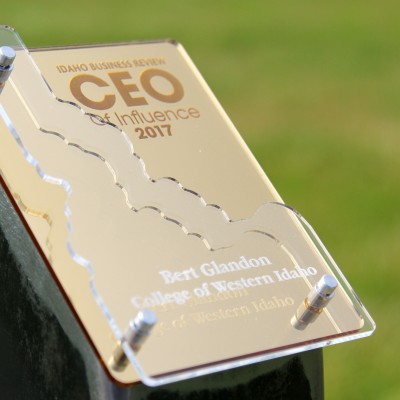 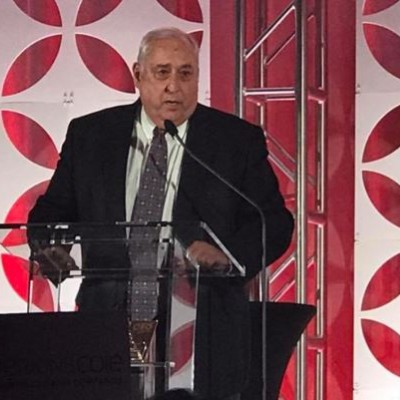 Nampa, Idaho—College of Western Idaho’s Beta Sigma Pi Chapter of Phi Theta Kappa Honor Society, has returned from their international and regional conferences with many awards and accolades.

The International Conference, PTK Catalyst, was held this year in Nashville, TN from April 7-9, 2017. The conference focuses on educational forums, the election of International Officers (of which Chapter President Jason Ward was a candidate, and Vice President Tom Thompson was campaign manager), and the presentation of Hallmark Awards, which commends chapters and individuals for achievements of excellence.

CWI’s College President, Dr. Bert Glandon, was awarded the Shirley B. Gordon Award, which is presented to college presidents and CEOs based on outstanding efforts given toward promotion of the goals of Phi Theta Kappa. Dr. Glandon was nominated by the chapter officer team.

Brenda Pettinger, the AVP of Academic Affairs, was awarded the Distinguished College Administrator Award, which is presented to college vice presidents, deans or directors serving at a postsecondary institution with an active Phi Theta Kappa chapter and have demonstrated a strong level of support for the Society. Pettinger was nominated by the chapter officer team.

Tommie Thompson, a student at the College of Western Idaho, has been named a 2017 New Century Scholar, by achieving the state’s highest score in the All-USA Community College Academic Team competition.

The Regional Conference of the Rocky Mountain-Cascade Region (which includes all of Oregon, Utah, and southern Idaho) was held in Mount Hood, OR from April 28-30. The regional conference is an awards gala that offers workshops to help officers and members from across the region develop their leadership abilities, and the election of the 2017-18 RMC Regional Officer Team is held.

For recognition of his service as Vice President of the Rocky Mountain-Cascade Region for the 2016-17 year, Beta Sigma Pi Chapter President Jason Ward was awarded the Above and Beyond Award and the Dave Arter Regional Officer Award.

Thompson is thrilled with the awards and recognitions CWI’s honor society received this past year and is looking forward to leading the chapter in the 17-18 academic year.

College of Western Idaho (CWI) welcomes Jenn Crowder as the newest member of its leadership team. Crowder has been hired as the Dean of Students; a new position for CWI, however Crowder is not new to student services. Crowder formerly held the position of Assistant Director of Residence Life, Conduct, Community Standards and Outreach at the University of Oregon. She will start her new role at CWI on June 1.

"I am very excited to have the opportunity to bring the Dean of Students position to the community at CWI,” said Crowder. “The commitment to access, affordability, and student success drew me to CWI as these are values that I hold in my service to students and their families. I look forward to joining the student services team and continuing the great work already in place and championing students in their academic and professional pursuits."

Crowder will provide leadership and administrative oversight for Student Affairs functions within the department of Enrollment and Student Services. A strong focus will be increasing student retention, promotion of inclusive excellence, as well as student life programs.

Prior to Oregon, Crowder worked for the University of California, Davis as a Conduct Coordinator and Lewis and Clark College as the Director of Student Transitions and Experiences.

Crowder earned a master’s degree in Organizational Leadership from Gonzaga University in 2011. She also holds a Bachelor of Arts degree in Psychology from Pacific University.

Ada County Campus One Stop is excited to offer Saturday One Stop (SOS) Service! Start your summer worry free and finalize your plans to start college at College of Western Idaho (CWI) this fall! Join us on Saturday, June 3, at the Ada County Campus Lynx Building One Stop Student Services location between 9 a.m. and noon. CWI staff will be on-hand to help students through the admission process—applying, financial aid, class registration, and more. Additionally, students who visit the Ada County Campus One Stop on Saturday will receive a complimentary CWI t-shirt! For steps to apply, visit cwi.edu/go or call 208.562.3000.

The College of Western Idaho (CWI) will host a special event perfect for anyone who has started the admission process at CWI or is just thinking about starting college. In just one day, future students will be able to explore all the opportunities CWI offers as well as complete the enrollment process—from applying to registering for classes.

The Explore CWI event will take place June 21 (Wednesday) from 3 to 6 p.m. at the CWI Micron Center. Extra assistance will be available to help future students complete the steps to become a college student at CWI this fall.

Attendees will be able to:

No appointment is needed. Sessions will start throughout the day for future students to join as they walk in. This is a great opportunity for students to do everything in one day. Don’t miss this opportunity!

If these items are not available for the event, CWI encourages future students to come and advisors will help them through the process.

Have questions? Contact the CWI Enrollment team at enrollment@cwi.edu.

The following positions have been posted at CWI this week. Employees can access internal job postings by visiting cwinternal.silkroad.com/ or view all external listings on cwijobs.silkroad.com. Jobs are posted as they open throughout the week. Upon application submittal, you will receive a confirmation email. If you do not receive an email, check your "Junk/Spam" folder, then email HR@cwi.edu to verify receipt of your application.

Note: This is the official communication newsletter for the College. Content is driven by contributions gathered from all areas of CWI. If you have news you would like to submit for this, please use a Marketing Help Desk ticket.