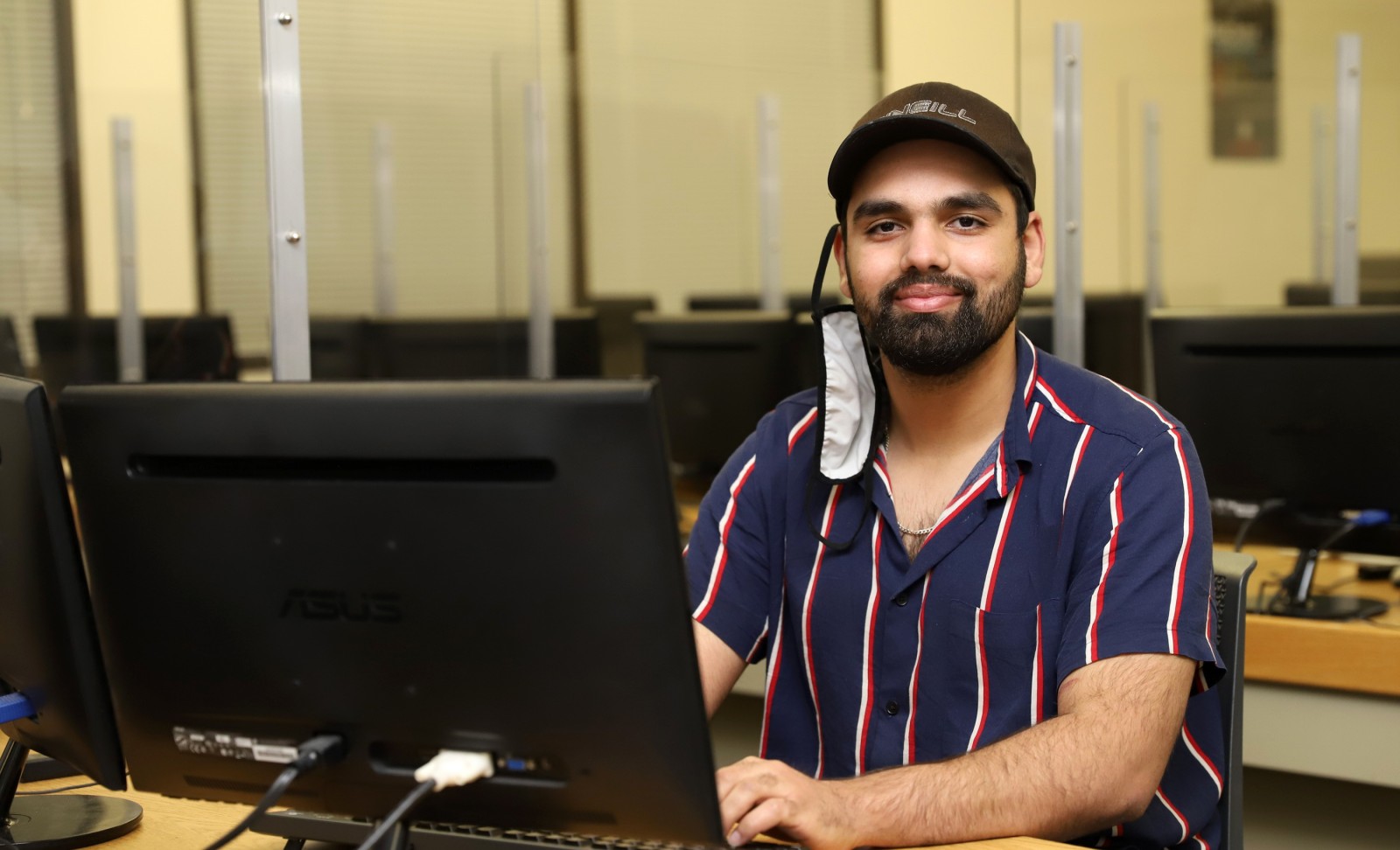 Sahib Saleh’s mother, Aber, was looking out of the family’s apartment window in Damascus, Syria, when she noticed a red dot from a sniper’s laser sight pointed at her and a soldier started screaming, from an adjacent building, to back away from the window. As Sahib, a 10-year-old at the time, and his four siblings huddled on the living room floor, their mother slowly stepped away from the window in shock – it was 2011, the start of the civil war in Syria.

Saleh and his family lived in Syria as refugees from Iraq when the civil war began in Syria. They had to return to Karbala, Iraq, and wait nearly two years before they could immigrate to the United States in 2013. In 2018, he graduated from Boise High School.

“It was like heaven arriving in Boise, I was so happy and thankful – I kept wondering if it was real or just a dream,” said Saleh.

When he started College of Western Idaho (CWI) in the fall of 2018, Saleh looked at healthcare programs and worked closely with his advisor Erica Compton, who currently works as the Assistant Director of Advising and Student Success.

“From the very beginning, our advisor/advisee relationship clicked, and we would check-in often,” Compton said. “In Sahib’s pursuit of the medical field, he completed the ESL-pathway course and Environmental Services Technician, and he was able to get a part-time job at a local hospital. Shortly after working in the field, he told me, ‘bodily fluids are not for me,’ and he decided to explore other programs.”

Compton continued to work with Sahib and after talking with him about his interest and passion for computers and technology, he decided to start the Cybersecurity program.

“I like the classroom learning experience with my instructor, Linda Otto. Everything is very logical and displayed visually, so it’s easy to develop new skills for my Cybersecurity classes,” added Saleh.

Through all of his challenges, Saleh remains optimistic and knows education will be crucial to success.

“Regardless of the obstacles presented to Sahib, whether personally, professionally, or academically, he has not given up,” continued Compton. “With the adversity he has overcome, he has continued to be one of the nicest and most humble human beings I’ve had the pleasure to work with.”

Once he graduates from CWI, Saleh plans to attend Boise State University to earn a bachelor’s degree in Cybersecurity.