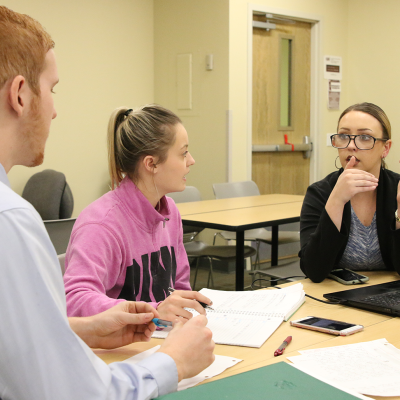 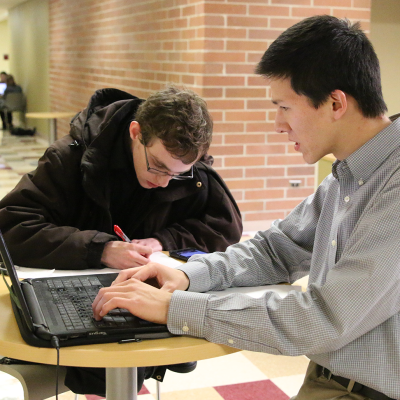 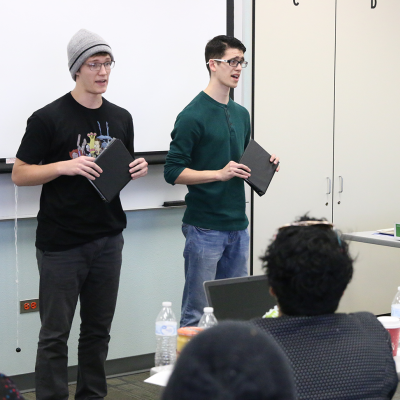 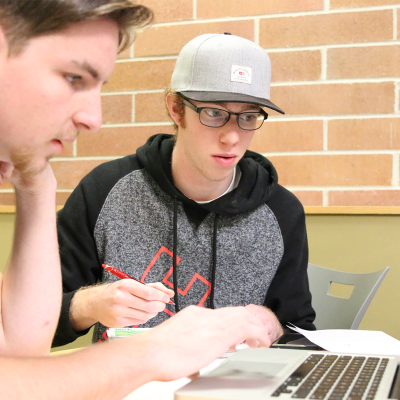 If you are an “Avengers” fan, like College of Western Idaho (CWI) student Jacob Marshall, you would have been in your element during the finals of the Rookie Debate Tournament on Friday, Dec. 7, at the Canyon County Center.

More than 80 students gathered for the event. COMM 112 Argumentation and Debate students competed against each other while judges from CWI’s Speech and Debate team, alumni, and former coaches critiqued their performance. The tournament is held every semester and showcases the skills students have developed.

While the final four competitors prepared for their debates, they anxiously worked with fellow students to digest as much information as they could about the “Avengers” movie franchise.

Novice debaters did well during the Rookie Debate Tournament, including Marshall.

“I think it gives you a way to argue effectively – I like a good conversation, and the way the debate is formatted, it prevents it from devolving into a shouting match,” said Marshall.

The event also provides the CWI Speech and Debate team an opportunity to spot future talent for the College’s national champion team. “I was approached by a recruiter – they want me on the team,” commented Marshall with a smile.