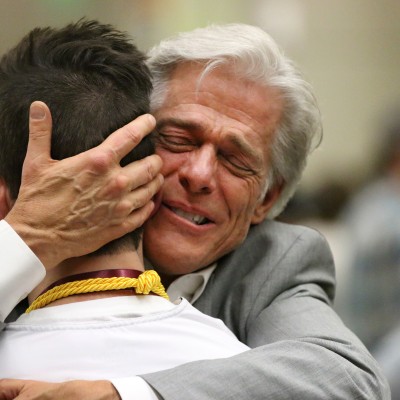 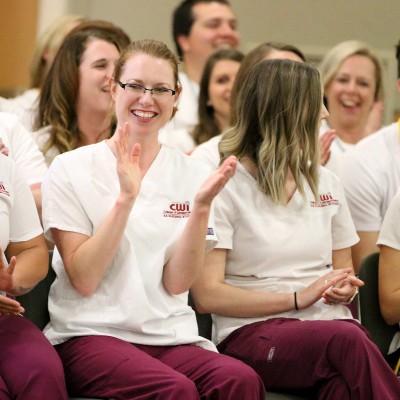 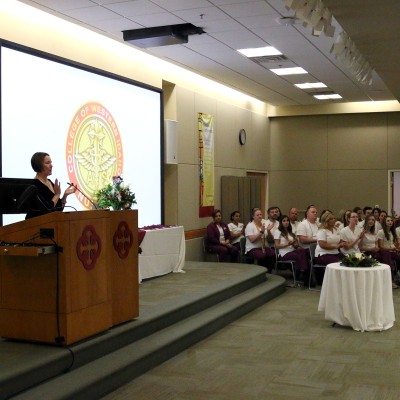 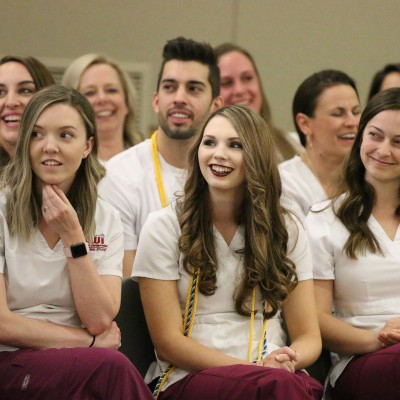 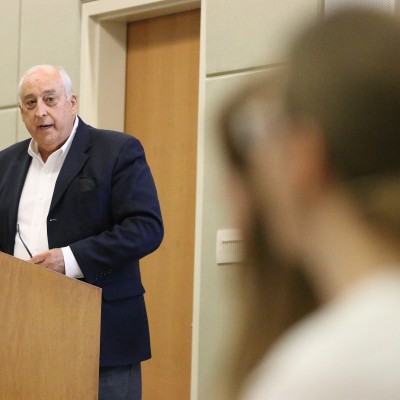 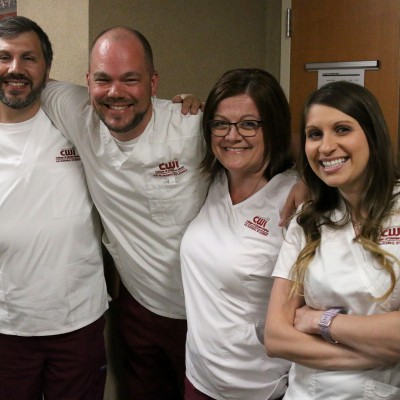 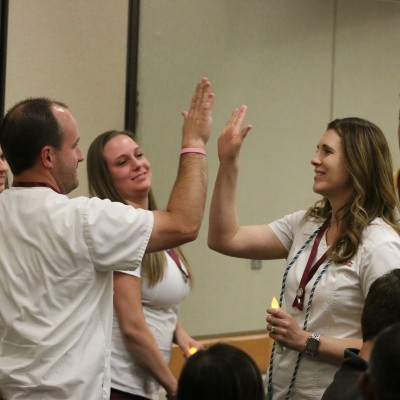 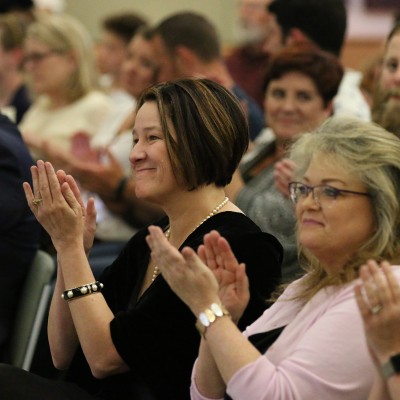 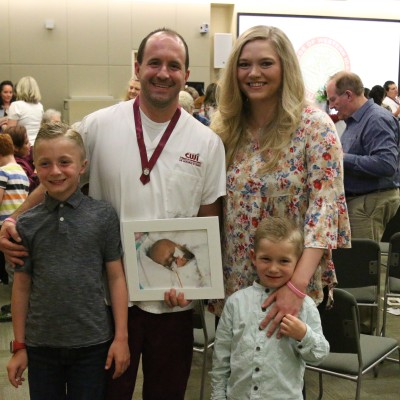 College of Western Idaho (CWI) celebrated the Associate of Science Professional Nursing Pinning Ceremony on Wednesday, May 8, at Saint Alphonsus in Boise. Hundreds of family and friends cheered for the 29 graduates as they received their hard-earned pins.

As the College celebrates 10 years of student success the Professional Nursing program has a special significance, according to Cathleen Currie, Dean of Health, because it was one of the first the programs specifically designed for CWI.

“When I became a nurse I realized how much it meant, because it’s body and soul, you take care of people and they trust you,” Currie said. “I feel really honored to stand witness to these students stepping into the profession.”

Following opening remarks from Allison Baker, Nursing Department Chair, and President Bert Glandon, Brad Bigford, owner of Table Rock Mobile Medicine, took the stage for the keynote speech. Highlighting nursing as one of the most trusted professions, according to a 2019 Gallup poll assessing ethics and honesty, for the past 17 years, Bigford told graduates it was now up to them to keep it that way. The audience had a good laugh as he had family and friends raise their hands and promise not to ask the graduates to look at rashes, moles, or other awkward ailments.

Of the 29 graduates, 85 percent already have job placements including graduate, Mike Tinker. Mike, who is continuing his education at Lewis-Clark State College, has been hired as a Registered Nurse at St. Luke’s Hospital in Meridian. He and his wife, Danielle, who graduated from CWI’s Professional Nursing program in 2016 and is currently working as a Nurse for West Ada School District, give credit to Mike’s classmates for getting them through his last semester after experiencing the loss of their daughter, Paige, in January who was born several weeks premature.

“You have all been amazing – taking notes for him when he couldn’t be there, sending our family cards and gifts for Paige, and even honoring her in the program,” said Danielle. “Thank you all so much for the love and support you have shown our family!”

“It’s been a long road to get to this point,” said Mike. “I’m very grateful for friends and family who have surrounded me with love and support during the hard times and the fun times. People always ask me how I got through school after the passing of our little Paige, and I have to give credit to her for the fight she showed everyone. She made me realize I have no excuse not to finish something I start. This degree is for her, my boys, and my wife. Never give up on a dream, and don’t let anyone or anything tell you you can’t or get in the way of that dream.”

Well done class of 2019. Best of luck to all the graduates as you venture out into the workforce!