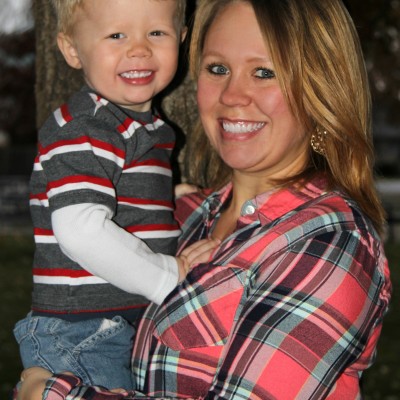 For some people, a scholarship can mean the difference between going to college or not. Nikki Houston has witnessed the struggle firsthand in her job as an enrollment advisor at College of Western Idaho (CWI). Believing everyone should have the ability to go to school, Nikki has created a scholarship through the CWI Foundation that will help single parents achieve their academic dreams.

“I am in no way rich, but I felt strongly enough about this cause that I had to do something,” she said.

Nikki has worked at CWI since 2011. She started as the Foundation’s administrative assistant then transferred to Facilities for a few years before landing in Student Services. Her job involves visiting local high schools and talking to potential students about the benefits of going to college. Many of the people she talks to are at-risk students. She says a conversation with a single, pregnant teenage girl pushed her over the edge. The girl knew she wanted to go to college but thought she couldn’t afford it.

“It absolutely broke my heart,” she said. “Growing up, I never saw that side before. But when I heard her story, and several others like it, I could relate.”

Although Nikki is a high school and college graduate, she knows what it’s like to struggle. She escaped a relationship that left her physically abused, broke, and without a place to live.

“I had a job and a degree, but I still had nothing,” she said. “I lost absolutely everything. And I was homeless... with a baby.”

With her infant son Logan, Nikki turned to her parents for help. They took her in and she started to rebuild her life. It has taken a few years. Through it all, she has never lost sight of what it means to be a single parent—something else that drove her desire to create a scholarship.

“Shortly after I started my new job, I talked to my family about what I was seeing,” she said. “I asked them to match my $250 donation to establish the scholarship, and they did it.”

The “LTH Don’t Give Up” Scholarship is named after her son; Logan Thomas Houston—a bright-eyed, wide-smiled, two year-old.

“I named the scholarship after him because he makes me want to do better,” she said. “I wouldn’t be where I am without him.”

Nikki left the scholarship open hoping others will add to the donation. Her hopes are becoming a reality as fellow CWI employees have contributed to the fund. Her ultimate wish is to grow the scholarship to become self-sustaining as an endowment.