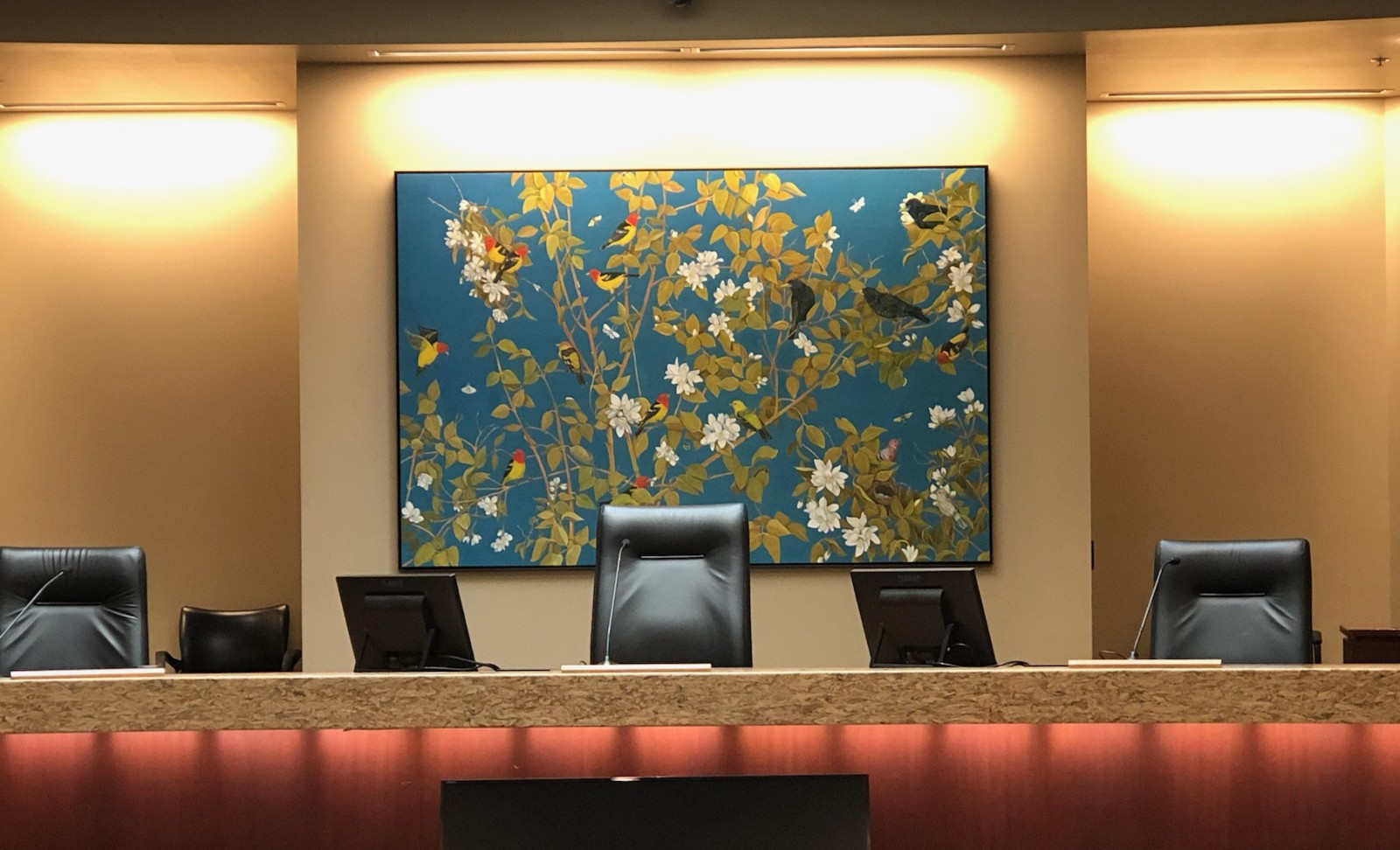 In 2020, the city of Boise put out a call to find an artist to create a project to be displayed at Boise City Hall. Congratulations to College of Western Idaho (CWI) Art faculty, April VanDeGrift, whose project proposal was chosen from three finalists!

“This work uses natural history as a device to communicate contemporary issues about our Boise community. Three types of birds are perched amongst the branches of the mock orange, or syringa, a flowering bush that is Idaho’s state flower. Migratory, resident, and introduced birds are represented in the western tanager, the house finch and the European starling respectively. These birds coexist amongst the branches along with bumble bees, apple ermine moths, sawflies, and caterpillars, bringing a balance and beauty to the picture plane that is both active and serene.

Painted in oils, this work was created to be a focal piece in the Boise City Council Chambers. As new growth moves into the valley, the community of Boise has had to adapt to welcoming new neighbors. Boise’s trails, greenbelt, clean downtown, and proximity to recreation has attracted many people. This population growth has led some to ask who belongs, which has resulted in some tension.

Migration is an American tradition, one that is often celebrated in the retelling of our origin stories. Many generations have enjoyed the freedom to relocate and to be welcomed by new neighbors. In this moment of time, we must be mindful of that freedom and welcome with open arms the new contributions of our community members whether they be migrating through, a resident for many generations, or newly introduced and wanting to stay. Each of us contributes something beautiful.”