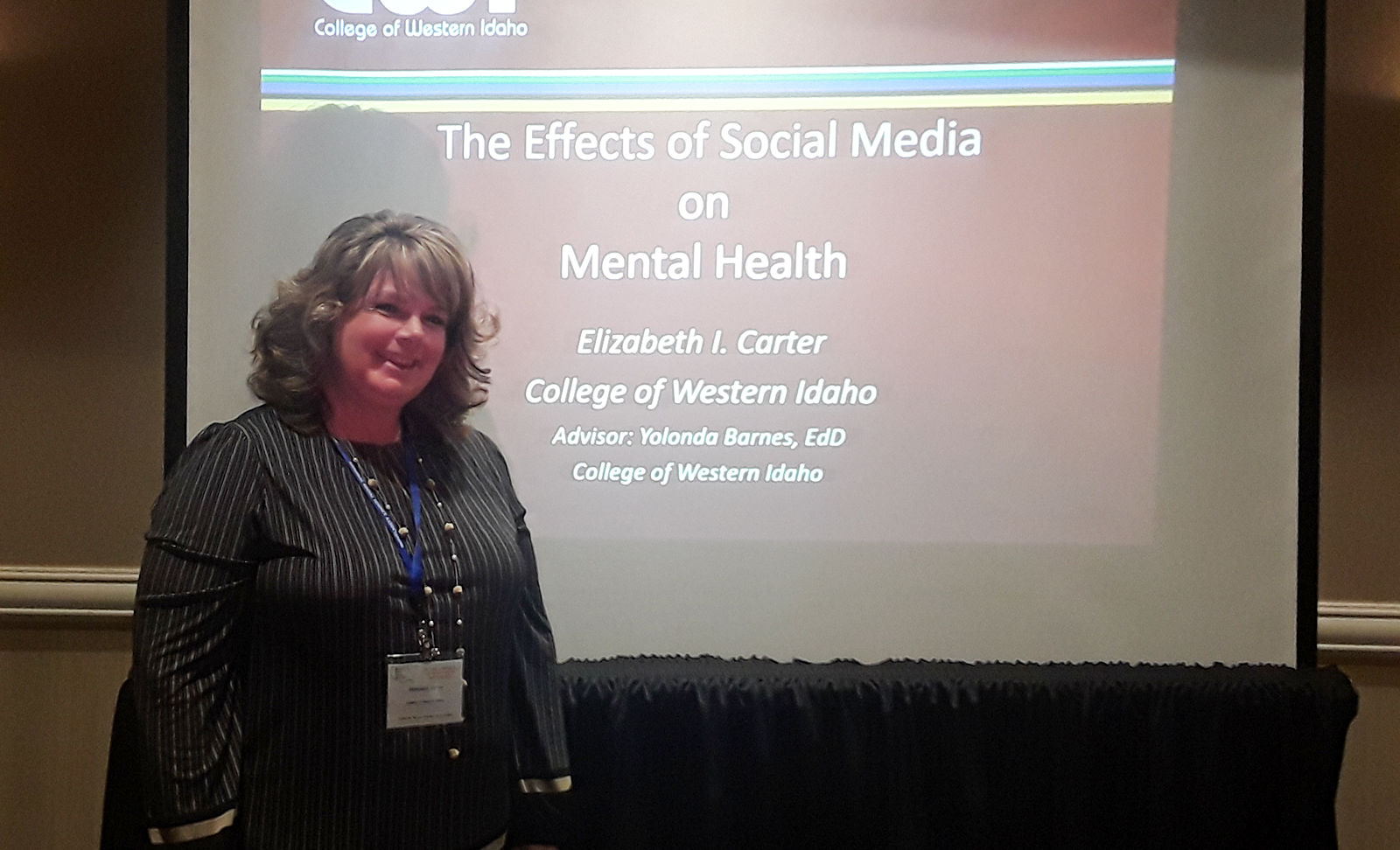 “Most of the people who complete suicide do not feel connected,” Carter commented. “We’re supposed to be living in this world where we’re all connected, but people can still feel so lonely in a room full of people, or with 600 friends on Facebook.”

After several months of research on this topic, the group authored a research paper, entitled “The Effects of Social Media on Mental Health", providing insight into the relationship between social media addiction and the increasing suicide rates among youth. Carter presented the paper at the National Social Science Association (NSSA) annual meeting on April 15, 2019, in Las Vegas, Nevada. The paper was chosen as the winning entry for the undergraduate student research paper contest, which guarantees publication in the NSSA 2020 peer-reviewed journal.

“This is very exciting, especially considering our paper is the only paper written by community college students,” Carter said, noting that all of the other submissions were from students attending four-year institutions.

Carter will present this information, on behalf of Beta Sigma Pi, on campus during this year’s Connections Project.

“I love the light bulb logo this year because it’s so true that connections made with people in-person create stronger and more powerful reactions than we would ever get with just social media.”

Be sure to catch Carter’s mini-talk presentation at the Connections Project April 25 from 3 – 8 p.m. at the Nampa Campus Academic Building. The event is free and open to the public.