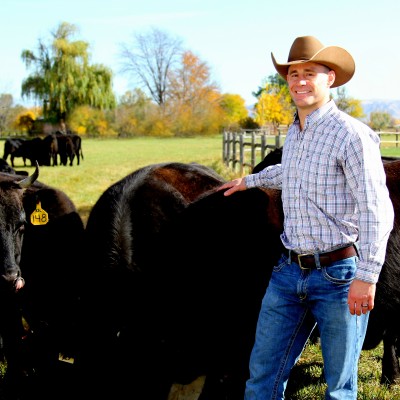 Without a doubt, scholarships have the ability to change lives. Not only do they provide students with much-needed financial support, they have the power to inspire people to finish what they start. The College of Western Idaho (CWI) Foundation recently received one of these life-changing gifts, but this time, it came from an unexpected source. Mitch Coats became the first CWI student to invest in another student. He created a scholarship to inspire others who share his passion for education, excellence, and Idaho’s future.

Going to college is a big deal. Coats dropped out of high school his senior year and later earned a GED. He found success in martial arts and being a cowboy. Now a black belt, he has owned and operated a Jiu-Jitsu studio in Boise for the past 10 years. The two-time national title holder has literally fought for everything he has.

“I can’t fight forever,” he said. “So now I am making hay while the sun shines.”

Coats’ journey at CWI started nearly two years ago. His interest in cattle genetics and seedstock production led him to enroll in Agriculture Science; a program offered through the University of Idaho that allows him to stay local. While he goes to school full time and consistently earns straight As, he somehow finds the time to stay involved with his studio and manage a herd of cattle on a 55-acre ranch in Emmett. Coats is investing the money he has made on the mat into his ranch, education, and a special breed within his herd; Japanese beef cattle called Wagyu.

“Wagyu are a fad right now,” he said. “They are considered the ‘black gold rush.’ I’m trying to do what I can to preserve the breed through genetics. My goal is to become an elite breeder.”

When asked why a successful business owner would choose to go to college at this point in his life, Coats said the answer could be found in his now 19-month-old son.

“I did it for him,” he said. “I want him to know that his dad had the discipline to graduate from college. I need to be the example and prove to him that he needs to finish.”

Coats created the Mitch & Stephanie Coats Excellence in Agriculture Scholarship in order to help fill a need. Much of Idaho’s livelihood is based on agriculture. It is his goal to help a fellow student who shares his interest in protecting Idaho’s natural resources and becoming a steward of the land.

“I chose to invest in CWI because that’s where the need is,” he said. “When we move ahead, we’ll need people who can fill the jobs. This is a way to help do that.”

Coats plans to graduate from CWI next spring. His life goal is to complete a master’s degree in international agriculture through Oklahoma State University.