Scientific Uncertainty in COVID Times and Why Your Fears are Misplaced 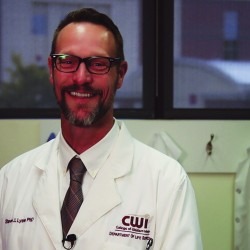 Vaccine hesitancy in Idaho, and the United States, is greater than in almost any other state or developed nation, respectively. Why is this? Is it simply our politics, one party decries the vaccine as tyranny while another embraces it as our salvation? Or does this have something to do with the science behind the vaccine? Anti-vaxers will likely claim the latter explanation but that doesn’t make sense in light of the past 50 years, for example, of scientific breakthroughs and their acceptance by the public.

Consider your average Sunday in America. We’re bombarded by advertisements for everything from Cialis to Viagra while we’re watching NFL Sunday and I don’t see anybody outside protesting the science behind these medications. Are we a nation of hypocrites or, perhaps, do we fundamentally misunderstand the process of science or the process of bringing new drugs to the public? To be charitable, I’ll suggest that it’s the latter.

I think that Americans, including Idahoans, largely misunderstand the customary process involved in the research, development, clinical trials, and government approval process for commercial medications. This must be the reason for our protestations over seemingly inconsistent guidance regarding COVID-19 precautions, the vaccine itself, and when or who should receive a booster shot.

So how long does it normally take for new drugs to be approved? The customary process, and you’d better sit down for this one, can take between 12 and 15 years and cost, on average, $2.6B to bring a new drug from pre-clinical research to your pharmacy says a Tufts University study[1]. The fact that scientists around the world developed and introduced a half-dozen vaccines in just under a year to combat this unprecedented pandemic is nothing short of a miracle – thank you Saint Thomas (Thomas Aquinas, canonized in 1931 as the patron saint of the natural sciences). And before you excoriate me suggesting that the 1918 flu pandemic, or the bubonic plague of the 14th to 17th Centuries, were worse I say: “Oh no you don’t!” COVID-19 deaths in the United States have now surpassed the death toll of the 1918 flu[2] and the plague never spread throughout the global human population so rapidly.

There is a process to science or, alternatively expressed, the generation of new knowledge. And scientists are people, reaching consensus is difficult and takes a long time. Just think of how difficult it can be with a large group of people to decide where to eat! Never mind the difficulty of competing for grant support, agreeing on the appropriate research methods, publishing your work for other scientists to critique, and, oh yeah, trying to cure a deadly global epidemic. Disagreement among scientists, even though they may respect one-another or work just down the hall, is commonplace and necessary in the generation of new knowledge and I don’t think that the public understands this. Scientists don’t generally support an idea simply because it’s been published in one journal or report. For example an idea, or the efficacy of a new drug, normally needs to be supported by multiple studies from independent laboratories or research teams, and it needs to stand up to withering critiques from other scientists, before that idea or therapy begins to get traction in the scientific community. This is normal.

What is not normal is to have researchers racing, quite literally, to save humanity. It isn’t normal to move a new drug, such as a vaccine, from pre-clinical research to the public in 12 months. And yes, there have been inconsistencies regarding COVID-19 precautions, the vaccine, and when or who should receive a booster shot but this is normal too considering the truncated timeline we’ve been working with to effectively fight this global scourge.  Nothing about this situation is normal and we’ve been lucky that three American pharmaceutical companies have developed and released effective vaccines so quickly and under such difficult conditions.

In conclusion, your fears are misplaced my friends. Scientific uncertainty is normal, COVID-19 is not. Scientists will continue to debate the effectiveness of precautions, vaccines, and boosters and this is normal too. Uncertainty doesn’t fill scientists with the anxiety that it does the general public. This might be because the public isn’t accustomed to living with this type of uncertainty, or to seeing scientific uncertainty on display in our national discourse. It’s important to understand that over 6 billion doses of COVID-19 vaccines have been administered, over 2.5 billion people are fully vaccinated, and the rate of adverse drug events related to the vaccines is far less than that for common medications like antibiotics, insulin, or opioids[3],[4]. There is no uncertainty about this or about the effectiveness of the COVID-19 vaccines. You have much more to fear from this virus than you do the vaccines developed to treat it.