Eric Gordon, a veteran firefighter with the U.S. Forest Service, leads recruits to the fire shelter station during training.
Community 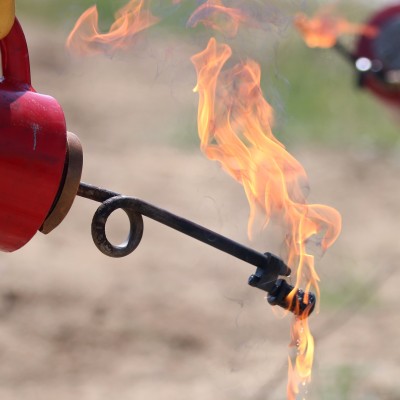 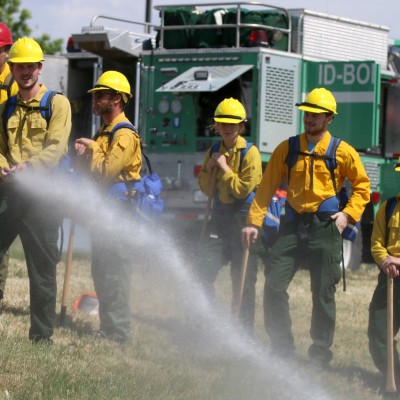 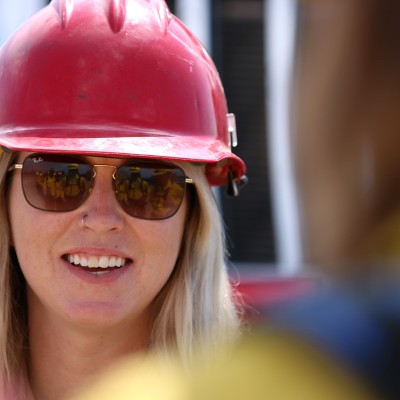 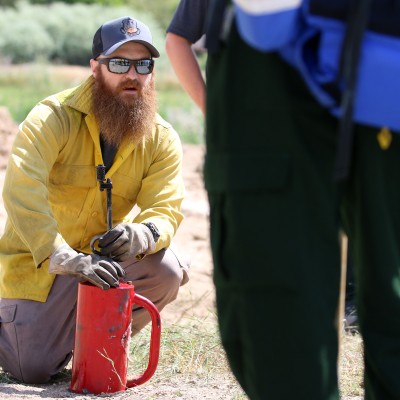 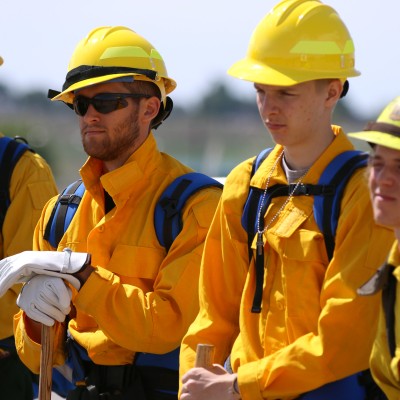 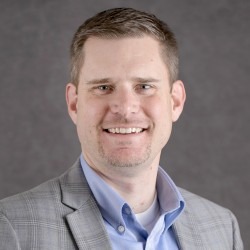 Eric Gordon, a veteran firefighter with the U.S. Forest Service (USFS) and a CWI alumnus, kept a watchful eye on the eight recruits as they used torches, fusees, and other devices crews use to fight fire with fire. Sixty students spent an intense week from, May 21-25, training and learning how to battle wildland fires. Most of the work was in the classroom, but on Wednesday, they moved through six stations outside of the College’s Nampa Campus Academic Building. Gordon, who transferred to Boise State University, reflected on his time at CWI.

“I knew I wanted to get my degree in biology, so I took as many courses as possible at CWI,” he said. Gordon enjoyed the smaller class size at CWI, “I was able to make the classes more rigorous!” He felt his classes with Brian McClain, Assistant Professor of Chemistry and Dusty Perkins, Associate Professor of Biology; prepared him to excel in higher level courses at Boise State.

The new recruits learned about fire engines, first aid, and fire shelters as they made their way from station to station on CWI’s 100-acre campus.

“Having all of this space, where we can spread out and hike a little between stations, is fantastic,” said Eric Rayborn, of the Bureau of Land Management (BLM) and coordinator of Basic Fire School.

Recruits from around the region, who will mainly work for the BLM, USFS, and Idaho Department of Lands, attended the school to learn and sharpen their skills to fight wildfires.

Curtis Sharp, a recruit with the USFS from Idaho City, grew up on land with a mountain in his backyard. “Coming from personal experience I wanted to help stop these blazes, we get a lot of wildfires around Idaho City that threaten the homes and land of family and friends.”

Fire school wraps up on Friday, May 25. Following a written test, the new firefighters will receive an Incident Qualifications Card, also known as a red card, and head to the stations they will be working at this summer — ready to combat the flames from the next wildfire.

Join College of Western Idaho Wednesday, Nov. 30, in honoring and remembering the four University of Idaho students who tragically lost their lives.

College of Western Idaho’s Law Enforcement program helped clean and rake up some homes in the Treasure Valley as part of this year’s Rake Up Caldwell.

Help bring holiday cheer to children in the Treasure Valley by participating in College of Western Idaho’s 14th-annual Giving Tree.

College of Western Idaho's Social Work Club is helping make an impact on lives affected by abuse around the Treasure Valley through a community partnership.

Hit the Ice with Idaho Steelheads at Upcoming CWI Nights!

College of Western Idaho is ready for a Steelheads hockey season full of fun and mighty CWI school spirit!