‘My Why for CWI’: Connor McComas 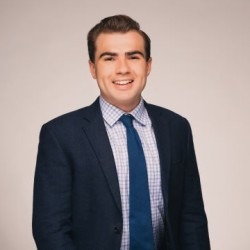 Each morning, Student Success Advisor, Connor McComas drives his half-hour commute from Boise to College of Western Idaho (CWI) in Nampa. That drive gives him a chance to reflect and think about why he is in the position he is in today.

McComas has worked in higher education for the last eight and a half years. He began his advising career at CWI as a Career Technical Education (CTE) Advisor at the Ada County Campus Pintail Building (APIN), left the College to join an advising team at another institution, and rejoined CWI in January 2022 as an Advisor for Biology and Health Science.

Growing up in Twin Falls, McComas had College of Southern Idaho (CSI) in his backyard. He knows how impactful community colleges can have on students and the community around them with quality, low-cost services.

“I think the thing that keeps me coming back to CWI is working with students,” McComas said. “What I mean is we have a lot of students who are first-generation students, so they haven’t gone to college, or they are the first one in their family to go.”

As the Student Success Advisor over Biology and Health Science programs, McComas is in contact with hundreds of students each semester. He has about 30 hours a week he can meet with someone in person or virtually to discuss their academic journey at CWI – those hours do not even factor in the various emails and phone calls he makes following up with his students.

“Like a lot of advisors, there are students I keep in mind to check in on frequently to say, ‘Hey. How are things?’ Students hearing from their advisor after a long break, especially if their academic career has been challenging, can make all the difference in the world.”

To continue making a difference in his students’ lives, McComas tries to create a comfortable space for his students to be themselves when they enter his office at the Nampa Campus Aspen Classroom Building (NASP).

Around his office hang stickers of mental health awareness, pride flags, and messages of inclusion on his walls. He hopes if students were to enter for a one-on-one appointment, any feelings of nerves or uneasiness may begin to fade away.

He said his office is a safe space for people to share whatever they feel.

“You are welcome, whoever you are, as you are.”

Being an anxious, new student at a college at one point himself, McComas knows what fears or concerns someone can feel. Whether it’s someone making a transition from high school to college, or maybe it is a non-traditional student who has decided to head back to school after spending 15-year break – McComas said there is stress in it all.

When McComas was that new student, he said a counselor at his college was able to take him in, make him feel like he was not alone, and that he had an ally.

“It literally felt like letting the air out of the balloon. Like letting go of all that anxiety and know I didn't have to carry it alone.”

To now be able to be that source of comfort or outlet to talk to for someone else is one of McComas’ favorite parts of his job.

“When someone comes to me and tells me really personal stories or difficulties they have, I feel very honored because I am in a position where they trust me and can potentially help.”

McComas doesn’t see what he does as lifting others up – in fact, he doesn’t like using that term at all to describe his role on campus.

He describes his commitment to the College’s services as “helping others lift themselves up.”

“I want to play a part in your growing and educating," McComas said. "Let me help you build those skills. That is gratifying for me.” 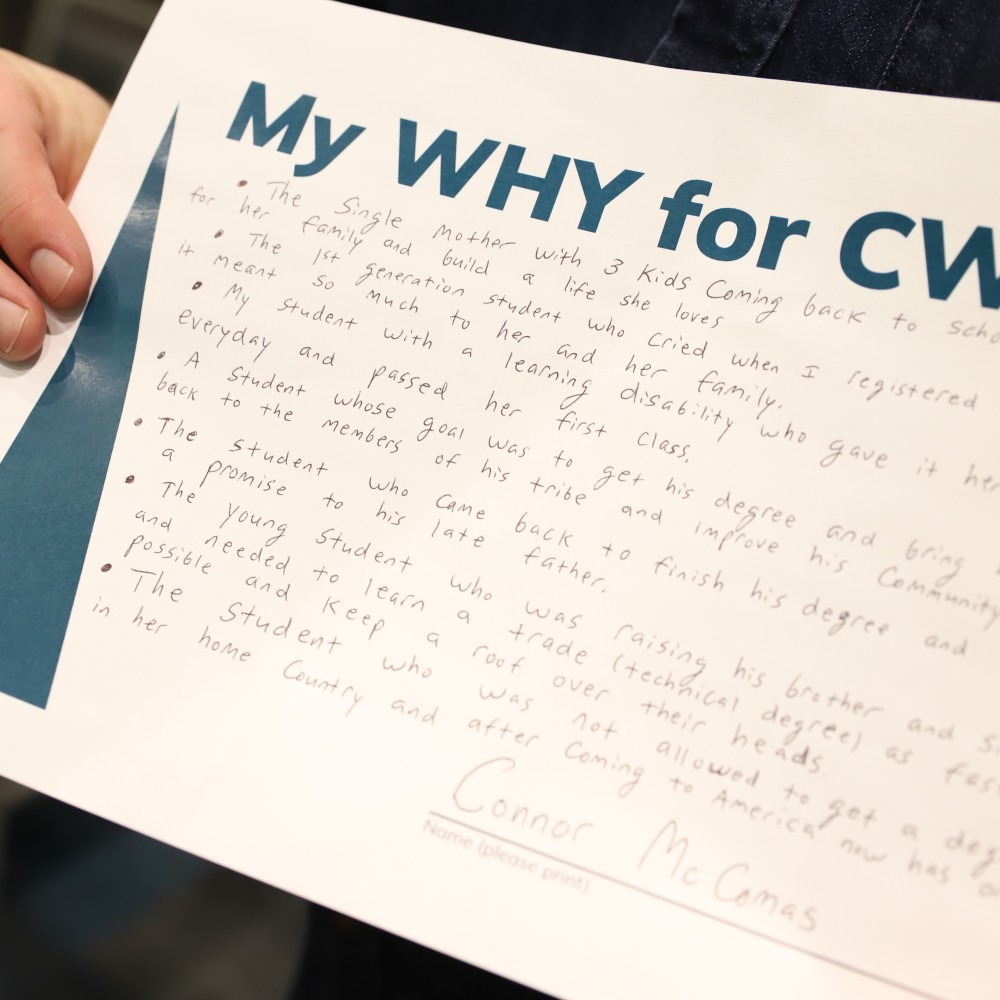 As he continues to meet and work with new students, he knows there will be those who will need help and require assistance in and out of the classroom. Just being present for those students’ moments of growth and watching them achieve success is what he looks forward to.

“My Why for CWI is being able to see these great stories that are so impactful," McComas said. "It really is the moments when students are struggling so hard and need someone to help them. They’re fighting it out tooth and nail, fighting to be here to pass. In that moment, I hope can help make it easier for them, and I want them to realize they are not alone in this.”

It is the message he tries to share with all his students and hopes others attending CWI can hear.

“There is support for you, and you are wanted here. I want you here.”

Off the top of his head, McComas can list a dozen stories of students’ he met for advising in the last week whose stories inspired him, such as a first-generation student who broke down crying out of happiness after registering for their first classes at CWI or becoming a mentor to a Neurodivergent student who thrived through encouragement and was able to overcome their struggles to continue pursuing their education.

Those stories are his My Why for CWI.

Woodall Named Staff of the Month for September 2022

Congratulations to Degree Audit Coordinator, Laura Woodall, who has been named College of Western Idaho’s Staff of the Month for September 2022.

Otto Recognized as Outstanding Postsecondary Educator of the Year

Congratulations to Professional Nursing Instructor, Jolie Hultner, who was named College of Western Idaho’s Faculty of Distinction for October 2022.

McComas Named Staff of the Month for August 2022

Congratulations to Student Success Advisor, Connor McComas, for being named College of Western Idaho’s Staff of the Month for August 2022.

Congratulations to Associate Professor of Business, Lindsey Wallgren, who was named College of Western Idaho’s Faculty of Distinction for September 2022.

Several College of Western Idaho faculty members were nominated at the 2022 Idaho GEM for their hard work in and out of the classroom.