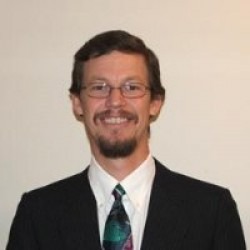 Every week, the data at Drought Monitor (http://droughtmonitor.unl.edu) are updated and I like to visit the site to learn how the country is doing, as far as drought is concerned. It helps me better understand the climate of the United States.

I was heartened this week to learn that the contiguous United States is about 60% drought-free. We haven’t been this free of drought since July 2011. In the record on Drought Monitor, which goes back to January 2000, we have been in drought much of the time, but got as high as 78% drought-free in June 2010. Prior to that, we had about as much drought as we’ve had since mid-2013. In the 21st century, it’s been common for us to have about 40-50% of our country in drought.

In mid-2012, though, we got hit pretty hard. Our country was hit with drought that affected up to 80% of the area in the contiguous United States. However, we’ve been recovering since then at a pretty steady pace. We continue to see areas drop off those affected by drought. With the El Niño that was just declared, we can expect more humidity and precipitation to hit the southwest, which ought to help alleviate drought conditions in those areas.

Of late, we’ve been hearing a lot about drought in California and they do have it pretty bad. Almost half of the area in California is rated in Exceptional Drought conditions. In late summer 2014, almost 60% of California’s area was in that rating, so there has been some improvement. In early 2013, they had as much as 34% of their area that was drought-free, but that dropped back down by April of that year to the point that virtually all of their area has been affected by drought since then.

In summary, the country is very familiar with drought conditions. It’s rare that we have less than 30% of our country experiencing them. We need to be mindful of current conditions in our area and be careful with how we use our resources, but we also needn’t concentrate fully on only the negative aspects of a condition that perpetually cycles through our country. We work together and we survive, as we’ve done for centuries.

As an aside, perhaps sending billions of gallons of water to a river delta in favor of a three-inch fish instead of to farms is not the best idea when your state is in exceptional drought conditions (http://naturalresources.house.gov/issues/issue/?IssueID=5921). We need to pay attention to what people are doing on our behalf in our seats of government to help ensure that they’re making decisions we want made. Let’s not fall for media hype, but investigate and understand and then let our legislators know how we want them to vote.