Chasing Butterflies for the Greater Good 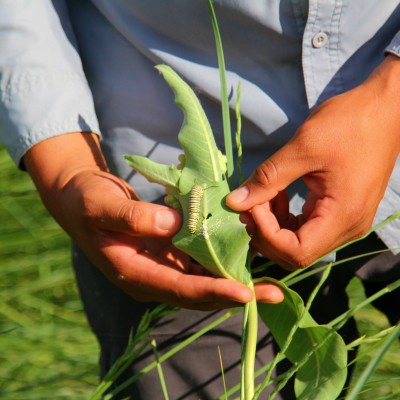 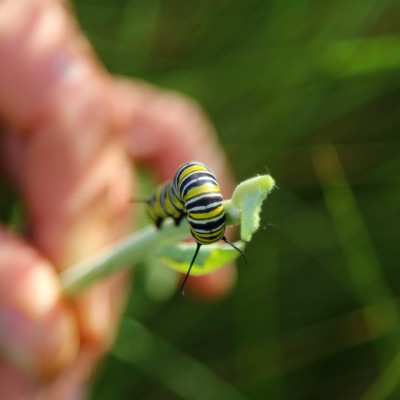 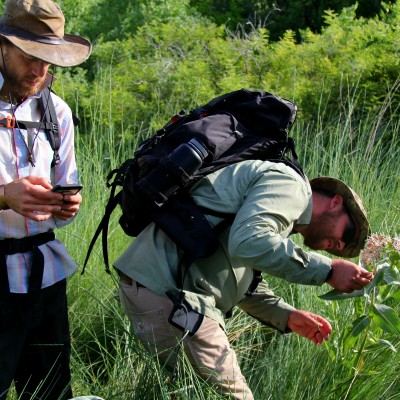 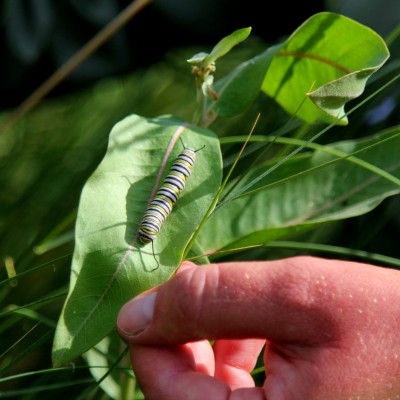 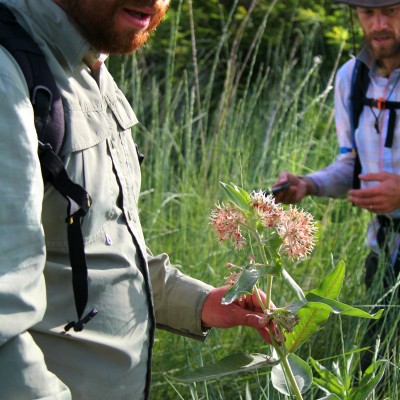 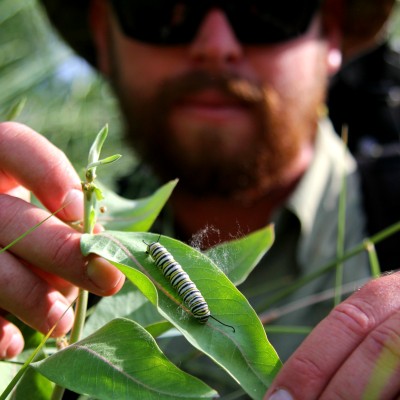 What started out as a public service project for College of Western Idaho (CWI) students has turned into a concerted effort to save an American icon. Instead of spending their summer vacation relaxing and recharging, two Biology program students spent four to six hours a day, five days a week walking among ticks, mosquitos, and 90-plus degree days—all for the greater good. Vance McFarland and Manny Reyes literally chased butterflies in an effort to save them.

“We could be working a different summer job, but instead we’re out here doing a nature walk every day,” McFarland said. “We see raptors, deer, beavers, and most importantly, we’ve seen tons of Monarch butterflies.”

Monarch butterflies’ natural habitats are dwindling nationwide and their survival is in jeopardy. It’s to the point where they are being considered for endangered species status. The problem is that, much like bees, Monarchs help farmers pollinate crops. They live and lay their eggs on a plant called Showy Milkweed. There are two milkweed hotspots in the Treasure Valley; one along the Boise River, the other at Deer Flat National Wildlife Refuge in Canyon County. McFarland, Reyes, and their instructor, Dusty Perkins, spent several weeks tracking Monarch behavior as part of a grant-funded research project.

“This project is on the forefront of just a few projects within our entire region in mapping the distribution of both Monarchs and milkweeds,” Perkins said. “In fact, we contribute our data to a nationwide modeling and conservation effort.”

This all started last year as a project for Perkins’ ecology class. A refuge manager received a mandate to look for and map milkweed plants. Perkins, who was looking for opportunities for his students to be involved, jumped at the chance to help. After students spent the year mapping the plant locations, and uploading the data into a national database, a natural question developed: Are Monarchs using the plants?

“This is the first big effort to track Monarchs here,” Perkins said. “No one else is doing this. Our research will be critical in determining what happens next.”

With the milkweed patches mapped, the trio was able to return this summer to see if the plants were being used. From caterpillar droppings to the orange and black, fully-evolved beauties they are, no milkweed leaves went unturned in the search for Monarch activity. Much to their delight, they found evidence that the plants are in fact being used by Monarchs.

“By next year this could be an endangered species,” McFarland said while examining a large, colorfully-striped caterpillar. “It’s pretty cool for me being an undergraduate student—working with these right now, doing this research, and leading the front on the West Coast for what happens here with Monarch butterflies.”

The Monarch Butterfly Conservation Project is one of three grant-funded projects at CWI through the National Science Foundation and Idaho EPSCoR program. This is the first time the grant has been opened up to two-year colleges.