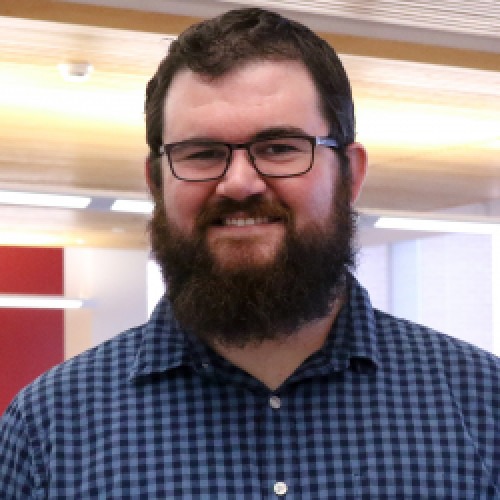 Jim Gatfield joined the College of Western Idaho as a full-time faculty member and coach of the CWI Speech & Debate team in August of 2013, after working for as an adjunct for the college since 2011. He received his B.A. in Mass Communication/Journalism in 2007 and his M.A in Communication in 2010 from Boise State University. Following his graduation, he worked solely as an adjunct instructor between BSU and CWI until accepting his current faculty position.

As an instructor, Jim teaches Fundamentals of Oral Communication and Intercollegiate Debate, and devotes his time to working with the Speech & Debate team in preparing for competitions. His research interests involve the relationships of mass media and audience, and the use of ethnography when studying the role that media plays in that exchange.

An Idaho native, Jim grew up in the small farming community of Montour on his family’s dairy. Today, he lives with his wife Misty in Emmett, and spends his time outside of CWI promoting local theater through the Emmett Community Playhouse. During his ten years with the ECP, he has served as the secretary on the Board of Directors, performed on-stage, and directed two youth productions.