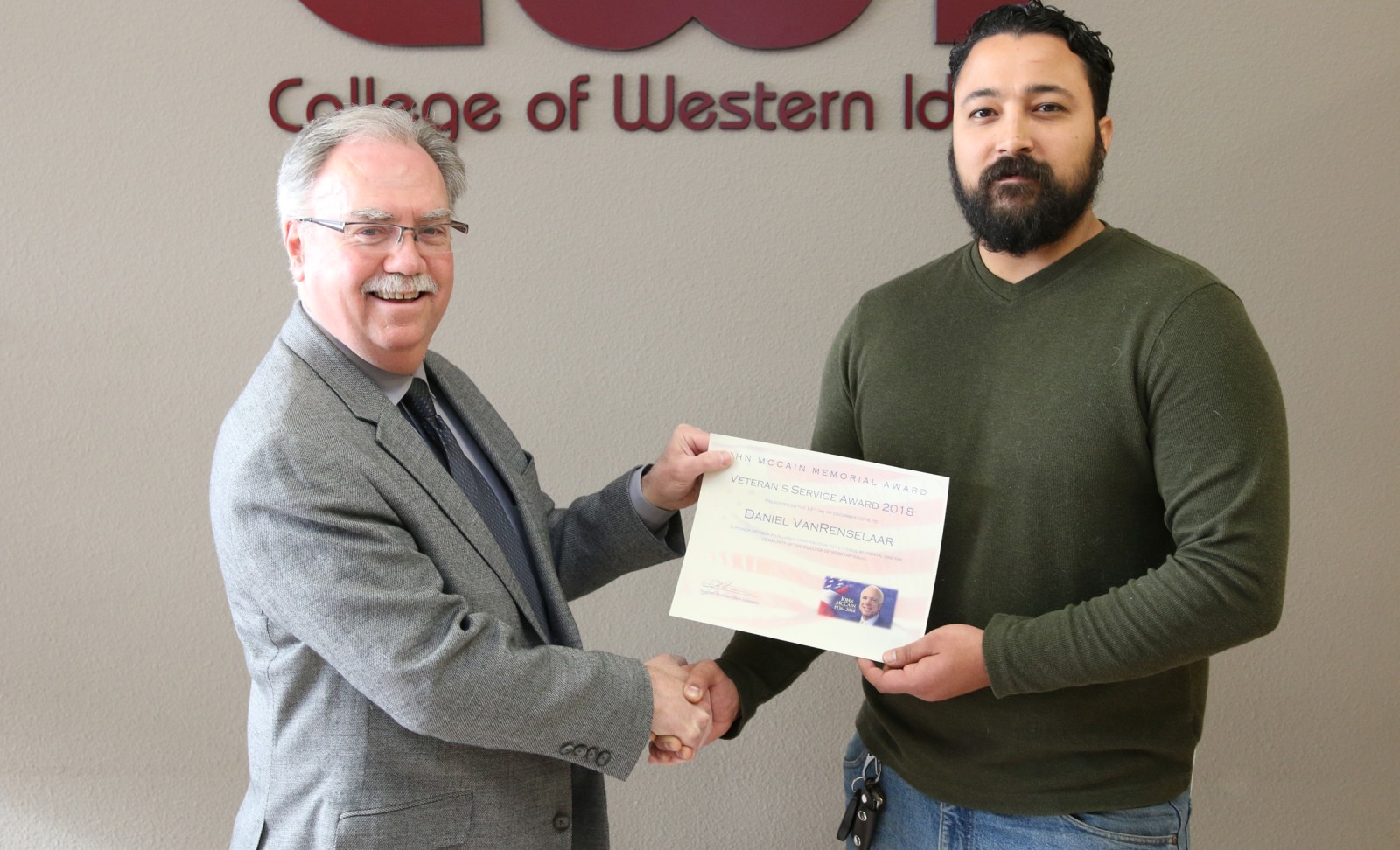 Daniel VanRenselaar, a veteran and Business major at College of Western Idaho (CWI), was recognized for going above and beyond this semester by helping fellow students.

VanRenselaar is the recipient of the John McCain Memorial Award for Veterans Service. He demonstrated key characteristics of this award by organizing student study groups both in and out of the classroom.

“I might not have passed my statistics course without Van’s help outside of the classroom, he really helped me grasp the materials,” commented one of his classmates.

The John McCain Memorial Award for Veterans Service, inspired by the late U.S. Senator and Navy veteran, John S. McCain III, whose military service included five and a half years as a prisoner during the Vietnam War, acknowledges the commitment and sacrifice CWI’s veterans make to meet their educational goals and continue contributing to society and their communities following military service.

Associate Professor, Joe Welker, said of this year’s recipient. “Dan’s ability to gather and lead his peers is a skill we learn in the military and it doesn’t always translate to civilian life, this is a major asset. I am proud to see veterans serving their community after service!”