A Successful Spring Start for Speech and Debate 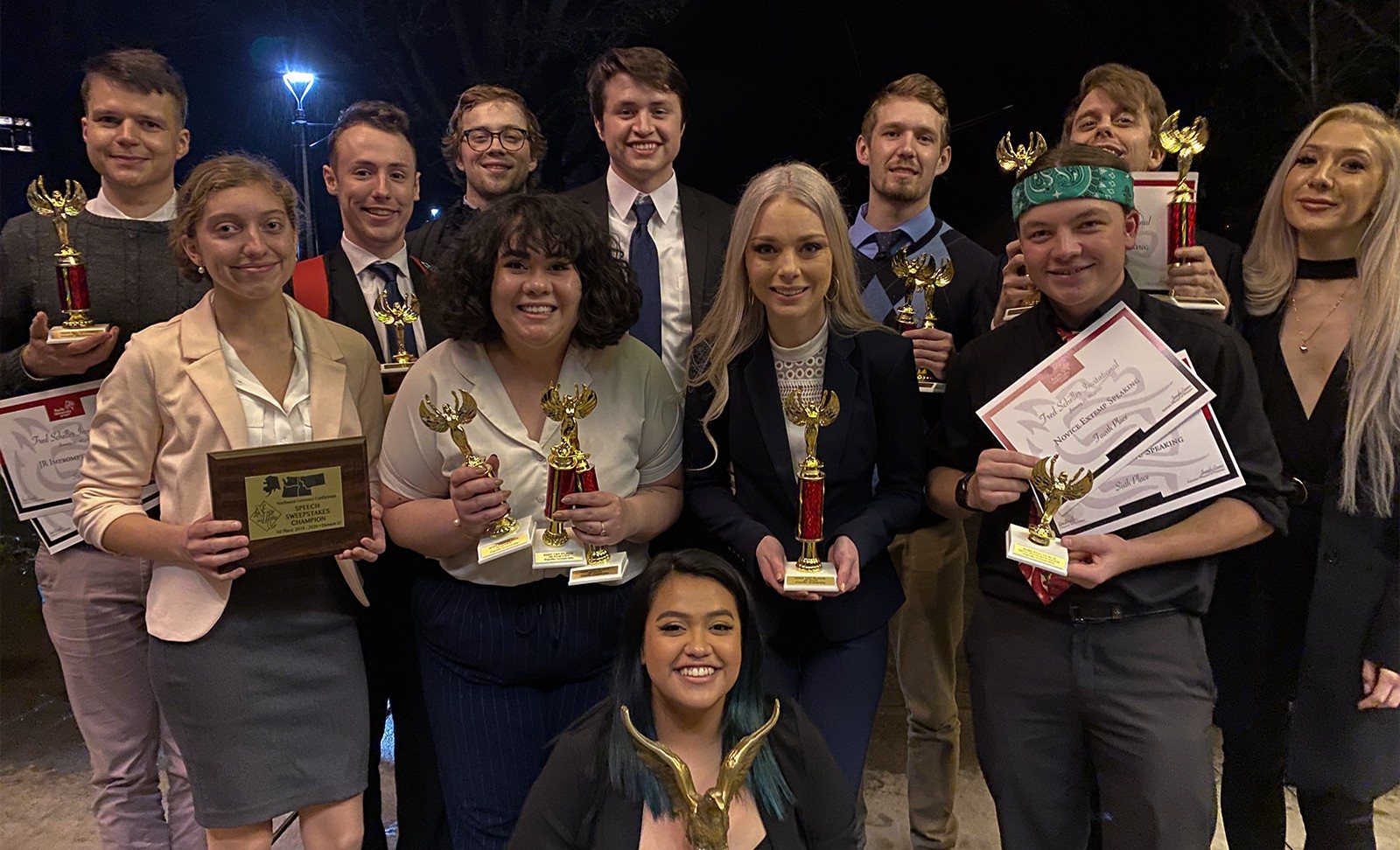 College of Western Idaho’s Speech and Debate team is enjoying some downtime after a hectic, but successful, start to the spring tournament schedule. Competing at two tournaments on back to back weekends at the very beginning of the semester, the team rose triumphant!

“The team set this goal early last semester as something to strive for,” said Luke Yeates, Director of Forensics. “The results from Pacific are a testament to their ability to put in the work to be successful.”

The following weekend, Jan. 31 – Feb. 1, the team competed in their second tournament of the semester, the Coyote Classic, hosted at The College of Idaho in Caldwell. Competing in tournaments for two consecutive weekends limited the team’s practice time. Additionally, this particular tournament did not include speech divisions, Novice or Junior, meaning people with no experience were competing against individuals with eight years or more of experience. Despite these obstacles, the CWI team performed above expectations.

Debate at the Coyote Classic was different from other tournaments with Novice and Junior debate divisions combined, meaning Novices with limited experience stepped into rounds with competitors with at least one year of competition under their belt. In Junior Debate, CWI had two competitors advance to out-rounds. Both Noah Seward and Zac Maggard advanced to quarterfinals.

“Success at tournaments comes down to a few things,” commented Yeates. “First, competitors need to be able to manage themselves and their events on their own time. Speech and Debate takes effort, and there is no way a weekly practice can cover everything everyone needs. Second, success requires consistency. Every event at a tournament is timed meaning everyone is working on the clock. Finishing too early or speaking for too long is a fast way to lose rounds. Finally, teams need cohesion. Competition lasts for three days, starting at six in the morning and lasting well in to the evening. Teammates need to be gracious and understanding of each other’s needs as well as supportive of each other’s events. Without these things, teams fall apart and rounds go poorly. The fact this team was able to take first in a season-long award is credit to their ability to do all of these and more.”