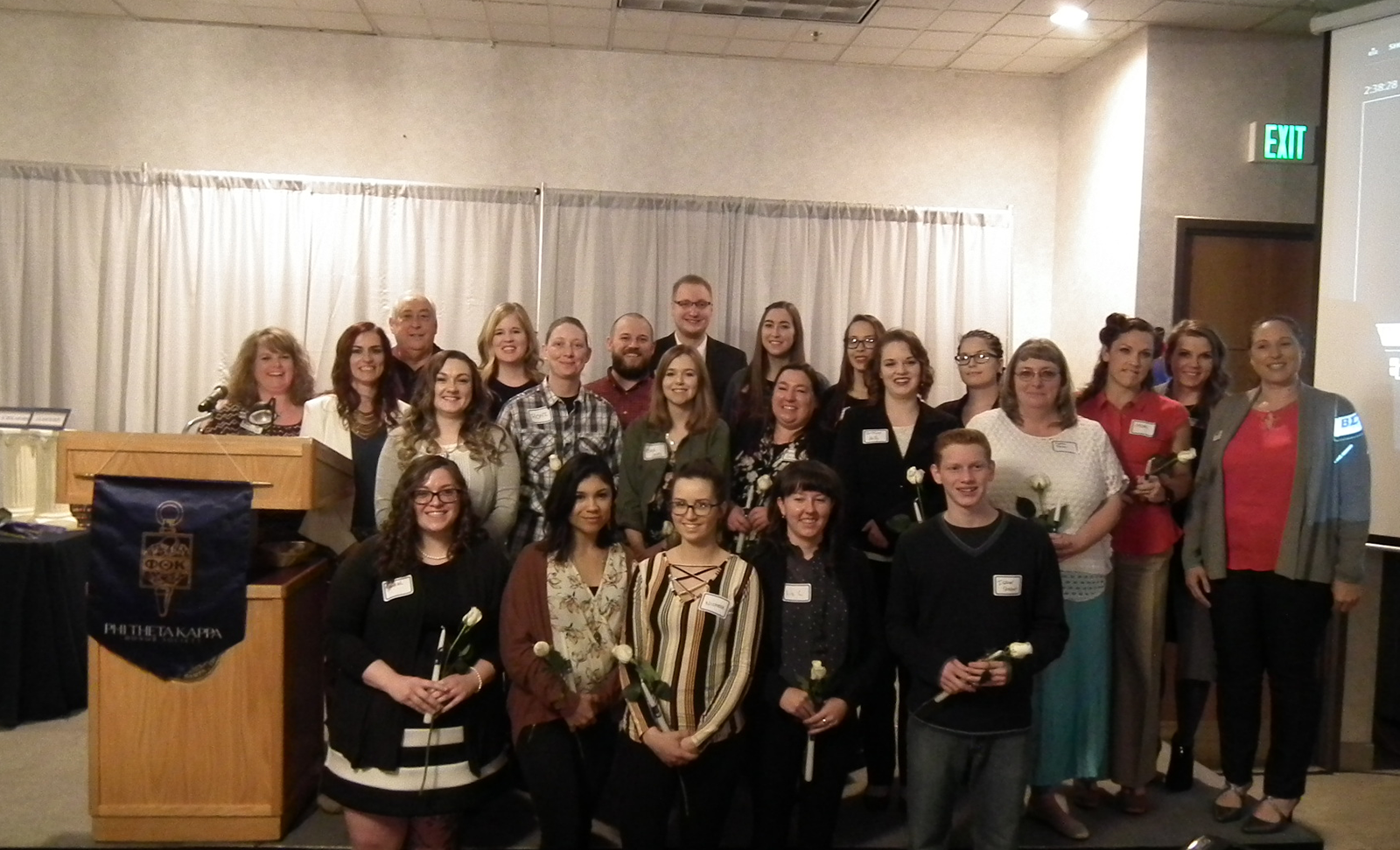 “Our next chapter president may be sitting in the audience today,” Glandon said, noting current chapter President, Elizabeth Carter, who was recently awarded a highly competitive PTK scholarship.

Former chapter President and current Rocky Mountain Cascade Regional Alumni President, Jason Ward, spoke about how PTK helped him to find a home at CWI and encouraged new members to get involved in the chapter.

Beta Sigma Pi was organized as a PTK chapter in 2010. Since its inception, it has inducted over 1,200 current and alumni members. PTK is an international honor society with over 1,300 chapters active worldwide. Beta Sigma Pi is one of the 25 chapters in the Rocky Mountain Cascade Region of PTK, which encompasses Southern Idaho, Oregon, and Northern Utah.

The purpose of the Beta Sigma Pi chapter is for promotion of scholarship, engagement in service, development of leadership, and cultivation of fellowship among students at CWI.

New member enrollment is currently underway, and invited members may accept their invitation to join by May 31, 2019. Scholarships are available to offset membership costs.

“As we increase our chapter membership, we also want to grow the next generation of student leaders,” said Dr. Yolonda Barnes, Beta Sigma Pi Advisor.