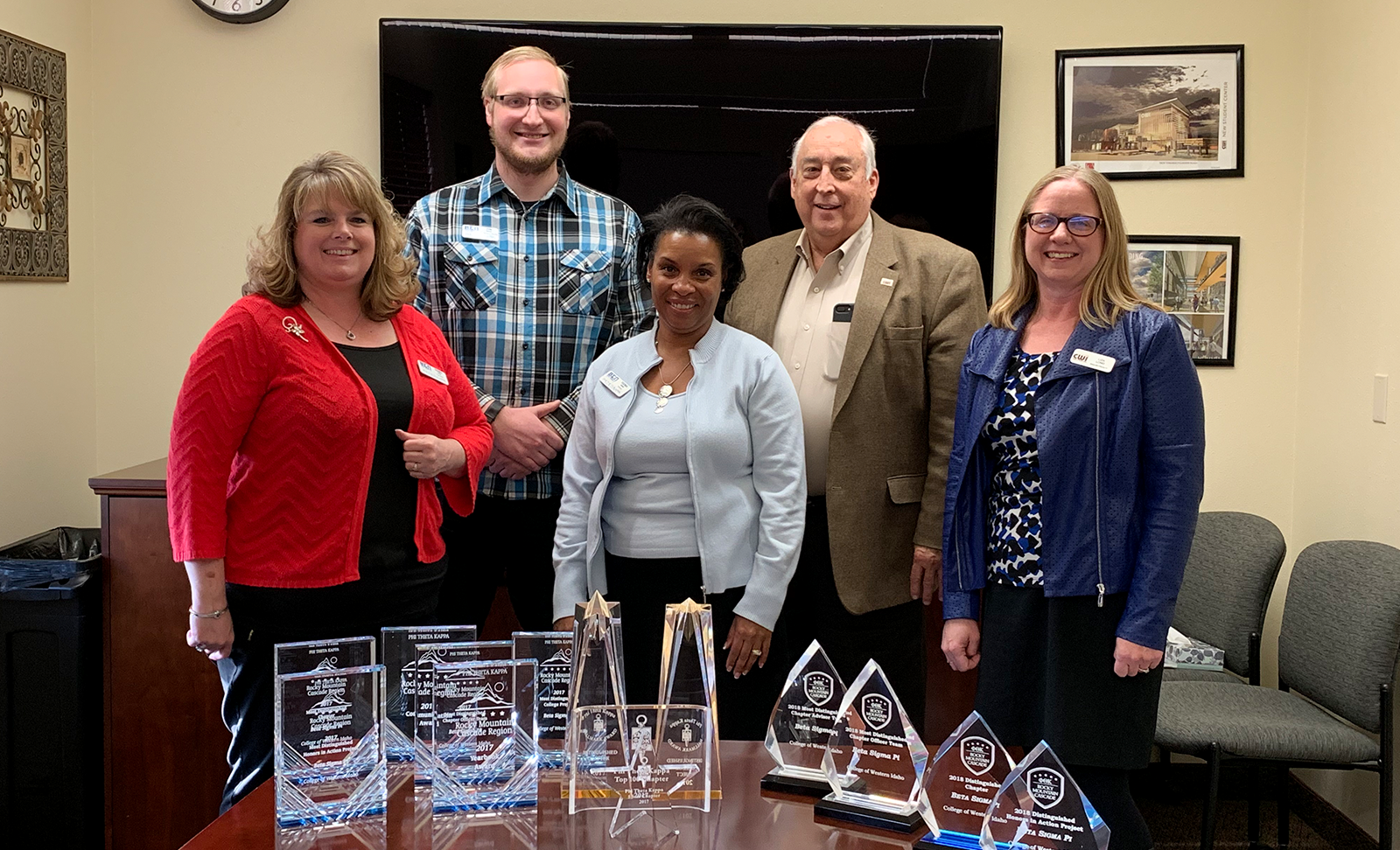 For the past three years, College of Western Idaho’s Phi Theta Kappa (PTK) Honor Society chapter, Beta Sigma Pi, has seen extraordinary success at both the regional and international levels. The chapter continues to dominate the Rocky Mountain-Cascade Region as one of the top 100 chapters in PTK.

Each of the more than 1,300 chapters in PTK are charged with achieving five-star chapter status, a 48-point plan for achieving success and a pinnacle achievement for PTK chapters. This five-star chapter plan, which reflects the scholarly ideals of Phi Theta Kappa, serves as a blueprint for developing a strong chapter and for earning local, regional, and international recognition. Using the five-star chapter plan as a guide to success, chapters can enhance their working relationship with the college administration by becoming active on the campus and in the community. On an individual level, involvement in the program will educate chapter members in the importance of deadlines and organizational skills.

Beta Sigma Pi is putting final touches on a Hallmark Award submission for their Suicide Awareness project completed on campus for CWI students and staff, as well as their research and project on “Connection” for the local community. Completion and submission of these projects will solidify the chapter’s five-star status for the fourth year in a row.

Recently, members of Beta Sigma Pi officers and advisors met with President Glandon, who serves on the international presidential advisory board of PTK, to present him with their awards from the 2018 PTK Catalyst convention.

“As one of the top chapters in the region, our honor society is doing terrific work,” commented Glandon. “With nearly 1,000 members, they are primed to continue representing the College in a tradition of success.”