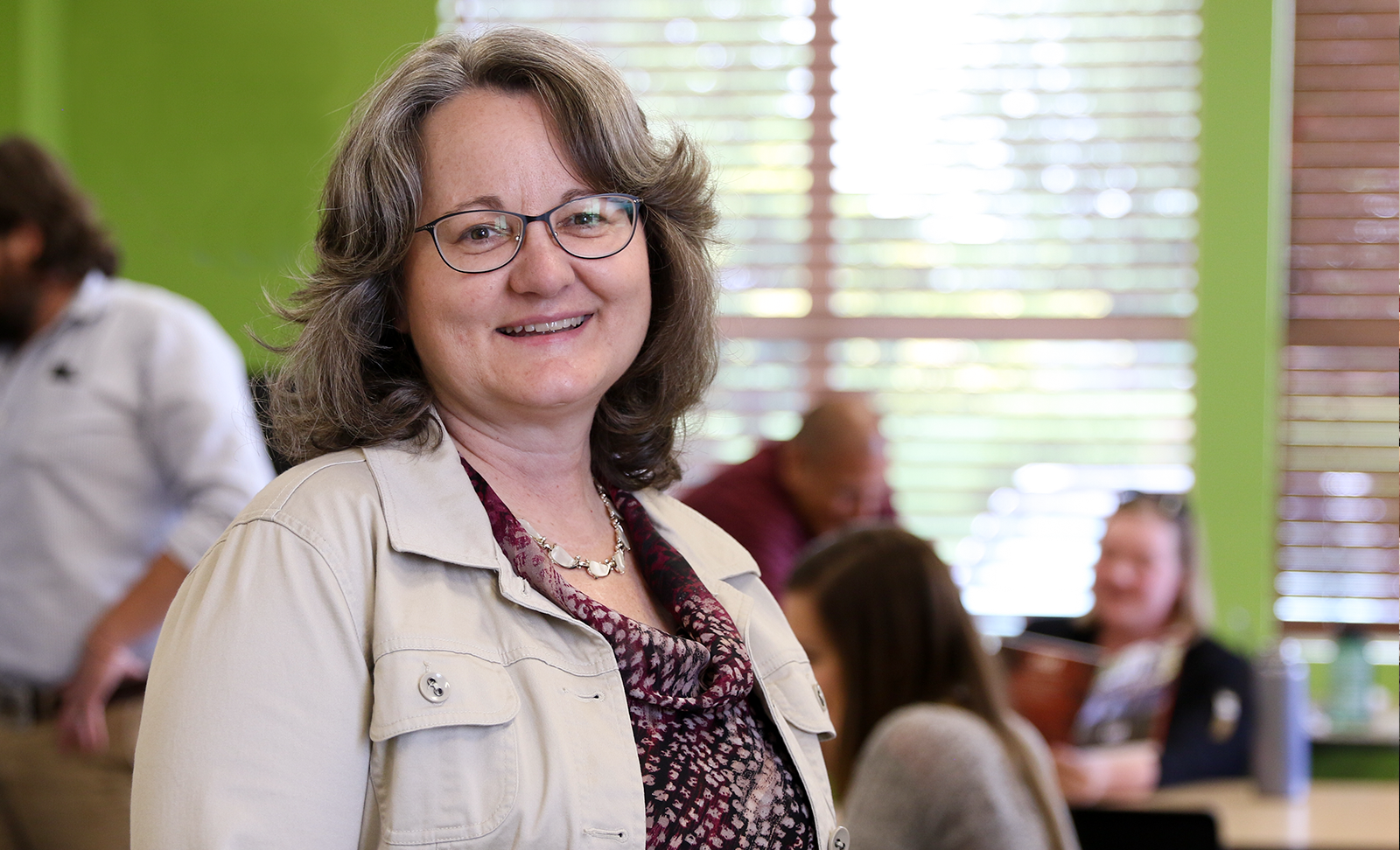 Jana McCurdy has been named College of Western Idaho’s (CWI) Faculty of Distinction for March 2019. McCurdy is currently an instructor of Psychology at the College. Before coming to CWI, she served on the board of directors for a homeless shelter, wrote editorials for the Gardner News in Kansas, taught community education classes, organized and led children’s programs and youth groups, and served as a public liaison for the Idaho Department of Environmental Quality. While her family lived in Papua New Guinea for three years, she enjoyed teaching elementary school.

McCurdy grew up in Idaho where her father was a fish hatchery superintendent with Idaho Fish and Game. Her mother taught elementary school. She studied Human Factors Psychology at the University of Idaho which combined her love of math and analysis with a desire to help people. As a college student, she volunteered on a crisis hotline, was a reader for the blind, and assisted an expert witness in consumer-product liability cases. She graduated from University of Idaho with B.S. and M.S. degrees in Psychology; her research emphasis was in cognitive psychology, subjective risk, and human-computer interaction and training. She also conducted research at General Motors and Virginia Tech in navigational displays, control stereotypes, and group decision making.

McCurdy began teaching Psychology at CWI in 2010. In addition to teaching various courses, she has served on Faculty Senate, Curriculum Committee, and Advisory groups. For the past three years, she has been the coordinator for the Liberal Arts degree and General Education program. She also served as CWI’s representative on the State General Education Committee. She is very thankful to work with wonderful colleagues at CWI and transfer institutions and enjoys her role encouraging students to actively apply what they are learning in order to receive the tangible and intangible benefits of an education. She models curiosity, humility, and critical thinking as she promotes life-long learning. When her students overcome obstacles, grow personally, and make progress toward their goals, she experiences deep satisfaction and joy as an educator and mentor.

McCurdy and her husband like to travel, hike, camp, take nature photographs, read, and fellowship at their church. They have two children, who are both married, and one granddaughter. Their family gathers frequently to share a meal or play Settlers of Catan, Pictionary, Code Names, or Pinochle.