Browning Named Communicator of the Year 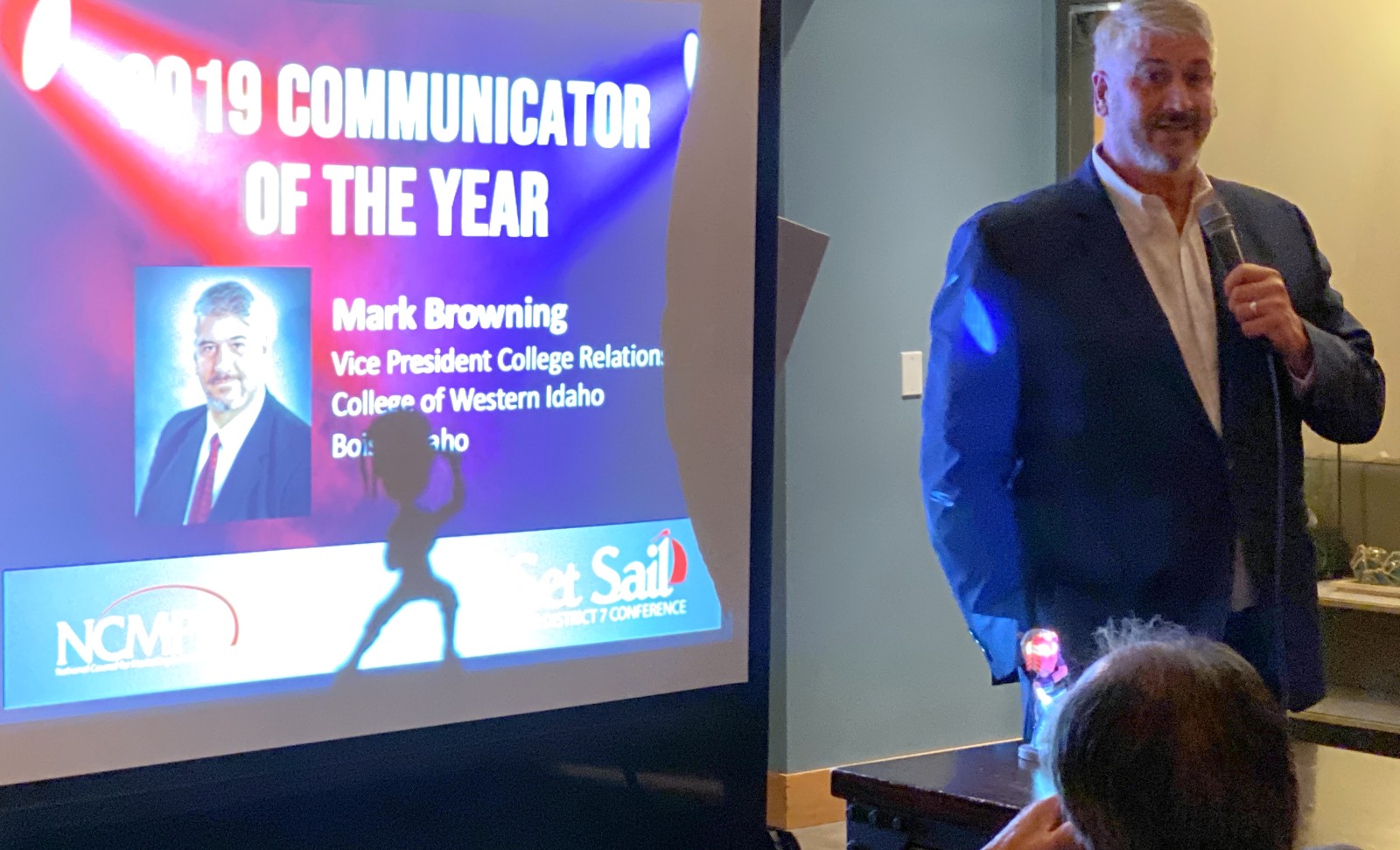 Mark Browning, Vice President of College Relations, was recognized for his amazing work at College of Western Idaho (CWI) with the Communicator of the Year Award during the recent National Council for Marketing and Public Relations (NCMPR) District 7 Conference.

Browning has a passion for communicating and a talent for breaking down complex issues and connecting with people. He serves CWI students by excelling as a public relations, communications, marketing, and government relations expert – ensuring the College remains a higher education leader in the state. Browning truly is a ‘servant leader’ who inspires and lifts his team up every day.

“They really should rename this as a team award because it is the culmination of everybody's efforts together,” said Browning. “I'm just the fortunate one that gets to stand up there, but this really should be a team award. We have the best.”

During Browning’s time at the College, he has reconnected with the local media to cultivate cooperative relationships that led to more than 60 stories per year in local newspapers and broadcast channels. He worked with Idaho legislators to garner support for a $10 million appropriation through the Permanent Building Fund to help CWI grow to meet student and community needs. At the Idaho Capitol, he established an annual CWI Day to showcase programs and opportunities for education in the community. The showcase has expanded outside Browning’s original vision to include all community colleges statewide.

The gold awards were for a TV/Video Ad produced for CWI’s Training is the Treatment education campaign a radio ad for Pandora promoting the 10th Anniversary fall recruitment campaign, and poster design showcasing scholarship recipients.