More to Monarchs than Meets the Eye 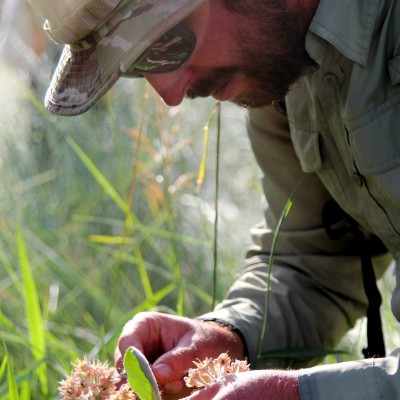 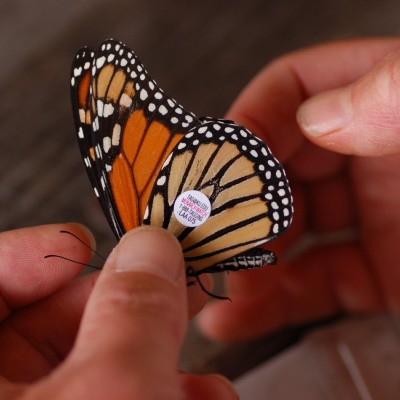 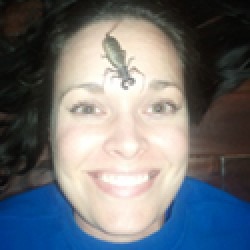 The seasons have changed and it is time for the annual migration of monarch butterflies. After traveling hundreds of miles from their natal grounds, most of the monarchs living in the Western United States will spend the winter nestled in eucalyptus trees along the California coast. Those in the Eastern United States have an even longer journey—some will travel up to 3,000 miles to reach the oyamel fir forests that cover the mountainous regions of Michoacan, Mexico where they will spend the winter clustered with millions of their monarch butterfly friends. Along the way to both overwintering destinations many will die, ensuring that it is only the healthiest butterflies that make it through the winter and give rise to the next generation this coming spring.

Currently there is a big push to protect monarch butterflies. You may have even heard that there is well-founded fear that the Eastern migrating population could go extinct in the near future. During the winter of 2015 – 2016 it was estimated that 50 million monarchs from the Eastern United States were in Mexico on the oyamel firs. This brings many to ask “How could it be that any species with a population of 50 million is at risk of extinction?!” If we had 50 million black rhinos they would be considered a pest species rather than critically endangered, right? The problem lies in the fact that the entire Eastern population clusters in a very small space of only a few acres during the winter. In 2003, a severe storm in the area killed 500 million of the overwintering butterflies, and we no longer have 500 million monarchs to lose! Climate change has caused unusual weather patterns in Michoacan and led to an increase in the intensity and frequency of severe storms in the area. This coupled with logging of the Mexican forest--which leaves the butterflies more exposed to weather conditions—and a decline in habitat suitable to support their migrations has made the situation precarious indeed.

But this is perhaps an even bigger problem from a biological standpoint because monarchs are an indicator species. Basically, everyone knows and loves them, and we take notice when they start to disappear. What we are not as aware of are the declines occurring in our less flashy pollinators—other butterflies, moths, bees, wasps (yes—many wasps are useful for pollination—they aren’t just flying harbingers of pain caused by stings), flies, and beetles. If the habitat has become unsuitable for monarchs and they are suffering severe population declines, then the same is true for these other pollinators as well because they have similar requirements for resources and habitat. We’re losing these other pollinators, with very little awareness or attention being given to their plight.

Eighty percent of the food we eat is dependent on these little flying arthropods quietly and dutifully working behind the scenes to pollinate flowers, so let’s give them some love! If you’ve got a yard or even a few plant pots, you can do much to help protect our pollinator friends. The Xerxes Society, Monarch Watch, and the University of Minnesota Monarch Lab are great resources to help you get started. Each has a website and Facebook page with great information. Additionally, if you are interested in getting involved with research and projects related to monarch and pollinator conservation at CWI, please contact Dusty Perkins dustyperkins@cwi.edu or Hollie Leavitt hollieleavitt@cwi.edu for more information.