How CWI Prepped This Veteran for Career Success 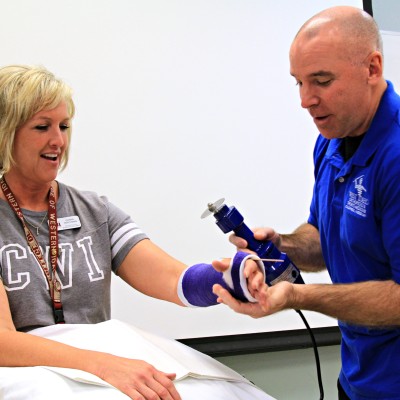 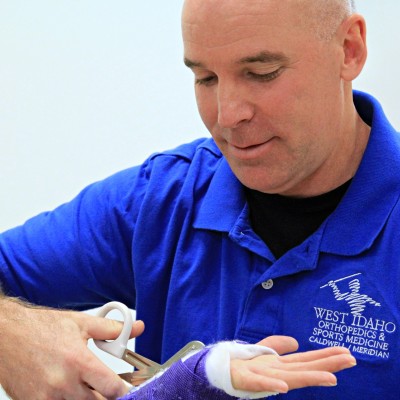 It took a while, but Ken Silvers is finally on a career path that he says makes a difference. After delivering medical supplies to a number of Treasure Valley clinics and hospitals for nearly a decade, Ken decided it was time to do something else. After saving enough money to pay for the classes he needed to become a Registered Medical Assistant, he went back to school.

“I got tired of moving boxes and being out in the weather,” he said. “I had enough and decided I wanted an indoor job.”

Already in his 40’s, the U.S. Army veteran knew it would take more than money to get to where he wanted to be. With some financial help from the Veterans Administration and after boot-camp style student retraining from the Basic Skills Education department at the College of Western Idaho, Ken enrolled in the Medical Assistant training program through Workforce Development.

“I always wanted to be in the medical field,” he said. “I went into the Army after I graduated from high school specifically for the college benefits, but then life happened. When I finally decided to go back to school, I took advantage of everything I could to get readjusted to being a student.”

Eager to learn, Ken steadily worked his way through the MA program. He spent nine months learning how to take vital signs, assisting with x-rays, drawing up injections, documenting patient charts, prepping rooms and everything else associated with basic clinical care. When the time came for his externship, he went to a St. Alphonsus location in Nampa and was offered a job before he finished the program.

“It was great to get my foot in the door right away,” he said. “But I decided to go a different direction because I was more interested in working at a specialty practice as opposed to being in family practice.”

Ken completed the program in May 2014. Less than a year later, he started working at West Idaho Orthopedics & Sports Medicine in Caldwell—where he uses his CWI-learned skills every single day.

“CWI definitely prepared me for my job,” he said. “I am finally in a career where I can go home at the end of the day and say I helped someone. I tell my friends that it’s never too late. Don’t let age be a factor that holds you back. Just find your passion and go for it!”

Ken recently returned to CWI to share some of his school and work experiences with students going through the MA program. He also gave a demonstration on how to apply and remove a cast—something he also does every single day.