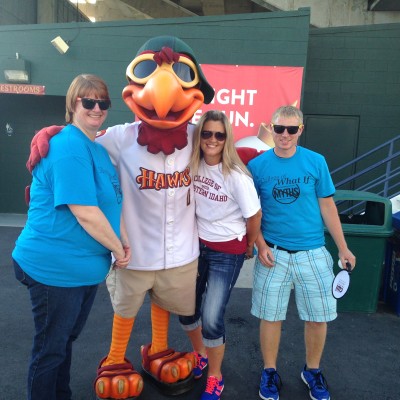 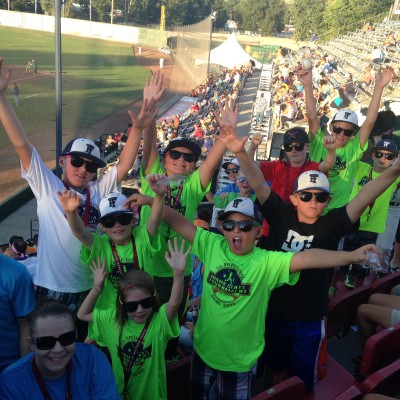 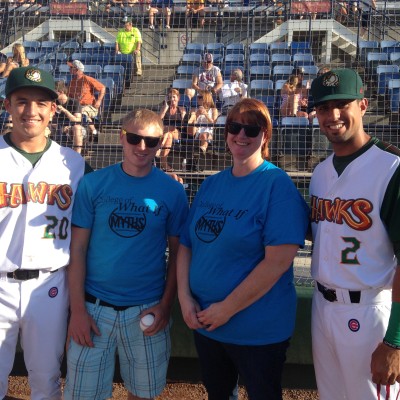 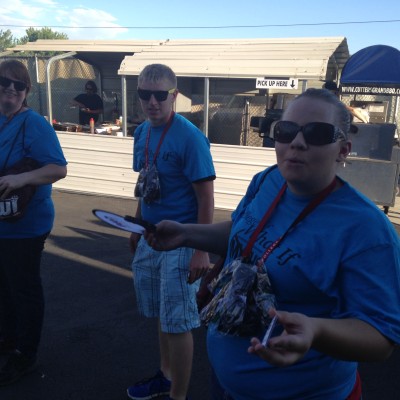 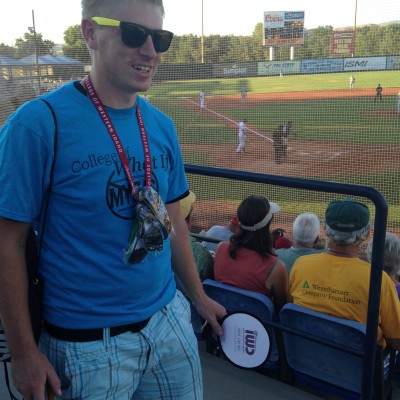 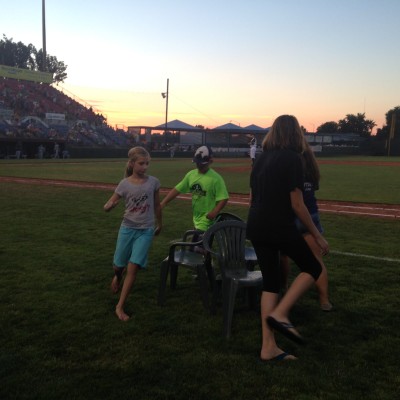 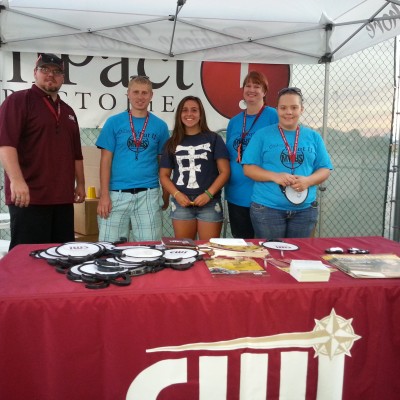 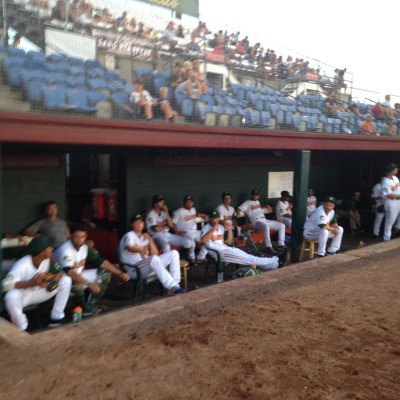 Students with the College of Western Idaho (CWI) Culinary Arts Club enjoyed a memorable night at the ball park on Thursday (July 10). From start to finish the CWI Street Team was taking in all aspects of the game. CWI student Skyler Vande Vooren threw out the first pitch and the fun was only starting there. Laurie Vande Vooren joined him in the dugout for some photos with the players. On the way to the stands, they met Boise Hawks’ mascot Humphrey.

The Street Team was eagerly welcomed everywhere they went sharing the message of community colleges and handing out CWI swag. Sunglasses, fans, and lip balm were greatly appreciated and sought after by an excited crowd in the heat of the evening. Looking across the stands you could see the CWI fans fluttering with sunglasses on every face by the time the sun went down.

On the field the action came early and often. The Hawks looked strong from the start, taking a 3-2 lead in the fourth. The Hops would respond, however, pushing four runs across the plate in the top of the sixth. During the seventh inning stretch the Street Team, including Bailey Harrell, returned to the field for a game of musical chairs with four kids from the stands. The competition really started heating up as a musical chairs sibling rivalry emerged. When the dust settled, older sister, Alex, walked away with the CWI prize pack, having beat her brother, the other competitors, and a demolished lawn chair.

It was a fun night at the ball park for the Street Team and all the CWI staff that supported them!

College of Western Idaho will co-host the Accreditation Council for Business Schools and Programs Region 7 Fall 2022 Conference, which invites faculty leaders from colleges around the western United States.

Events included a tour of the Fort-Hall Reservation, where CWI faculty members were able to meet with Shoshone-Bannock Tribe leaders and learn more about their culture.

Farm to Fork Sees Success with Return to In-Person Dinner

College of Western Idaho’s 2022 Farm to Fork dinner raised more than $4,000 for the Campus Garden.

With the help of CWI employee, Trevi Hardy, Idaho Governor Brad Little signed a proclamation recognizing the week of Sept. 18 as Adult Education and Family Literacy week in the state.

After numerous inquiries, CWI would like to clarify the College’s involvement in Boise Pride Festival 2022.

CWI students and graduates used their skills to put on a drone light show at the 2022 Spirit of Boise Balloon Classic’s Night Glow Spectacular.