Up-Close and Personal With Birds of Prey 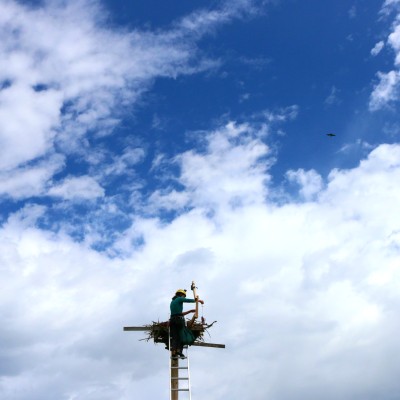 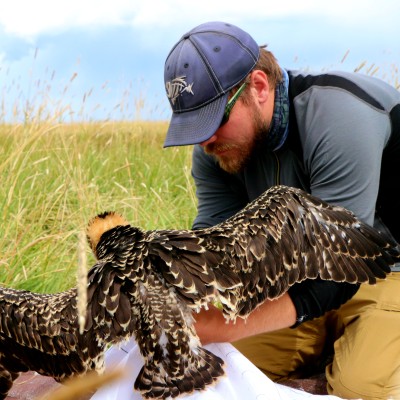 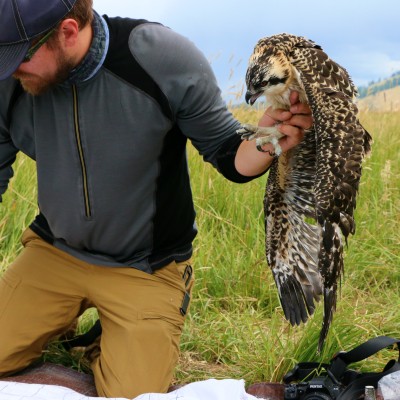 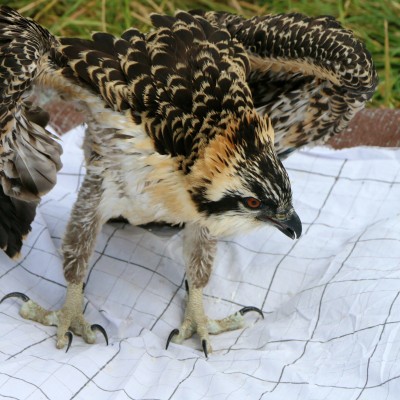 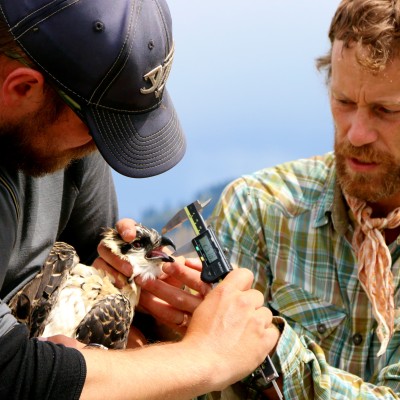 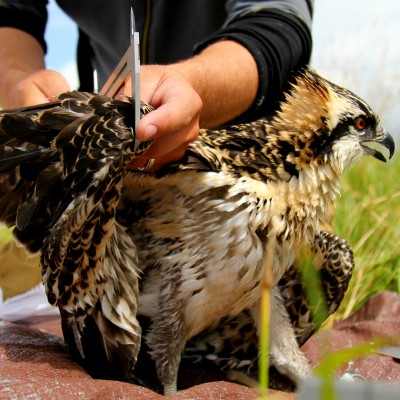 Chances are you have seen an osprey. The large birds live on every continent of the world—except for Antarctica—and spend most of their time fishing near lakes and rivers. Three students, and College of Western Idaho (CWI) Biology instructor Dusty Perkins, spent their summer break doing more than just watching the common birds of prey. They had the opportunity to get up-close and very personal with them—all in the name of science.

“Ospreys are considered an indicator species,” Perkins said. “They are valuable to the ecosystem and useful in helping humans understand how they use the land. Our goal is to provide data that land managers need so they can do their job. Fortunately for us, osprey are fairly tolerant of human activity.”

From the early morning hours to late into the afternoon, the team monitored more than 150 nests from south of Cascade in Valley County to north of McCall. The nests were checked one-by-one. The clock started the split second a nest sitter took flight. The team had 25 minutes to hoist a ladder, climb to its top, take the nestlings—of which there are typically two to three—out of the nest, and complete their exams. Each nestling was weighed, measured, checked from wing-to-wing and everywhere in between, and then photographed before being returned up the ladder and replaced safely in its nest. It is a quick, well-executed task.

Lizzie Meisman was in charge of nestling retrieval and return. Ty Styhl was responsible for the examinations with Perkins’ help. All of this was happening while a third student, Andrew Dorrell, scoured the ground searching for the remains of what osprey eat. Each student was responsible for collecting and analyzing his or her own data.

“I was overjoyed when I found out I was accepted for this program,” Meisman, a student at Humboldt State University in coastal northern California, said. “Working with Dusty has been a huge inspiration. I’ve found that I can do this work, I’m good at it, and I feel a lot more confident.”

Styhl, who is a CWI graduate and current University of Idaho student, has been working on this project for the past three years. He recognized a gap in the existing research and, through this process, is working to create a nestling aging guide as his project contribution.

“My true passion lies in education,” Styhl said. “I’m interested in protecting the resources we have in Idaho, and helping people understand why it’s important to protect those resources.”

At the end of their 10-week research experience, each student presented their work at the Idaho Conference for Undergraduate Research.

“These opportunities really give students the hands-on experience that gives them the shot in the arm to go out and really continue their academic and professional careers” Perkins said.

The Osprey Research Project is one of three grant-funded projects at CWI through the National Science Foundation and Idaho EPSCoR program. This is the first time the grant has been opened up to two-year colleges.