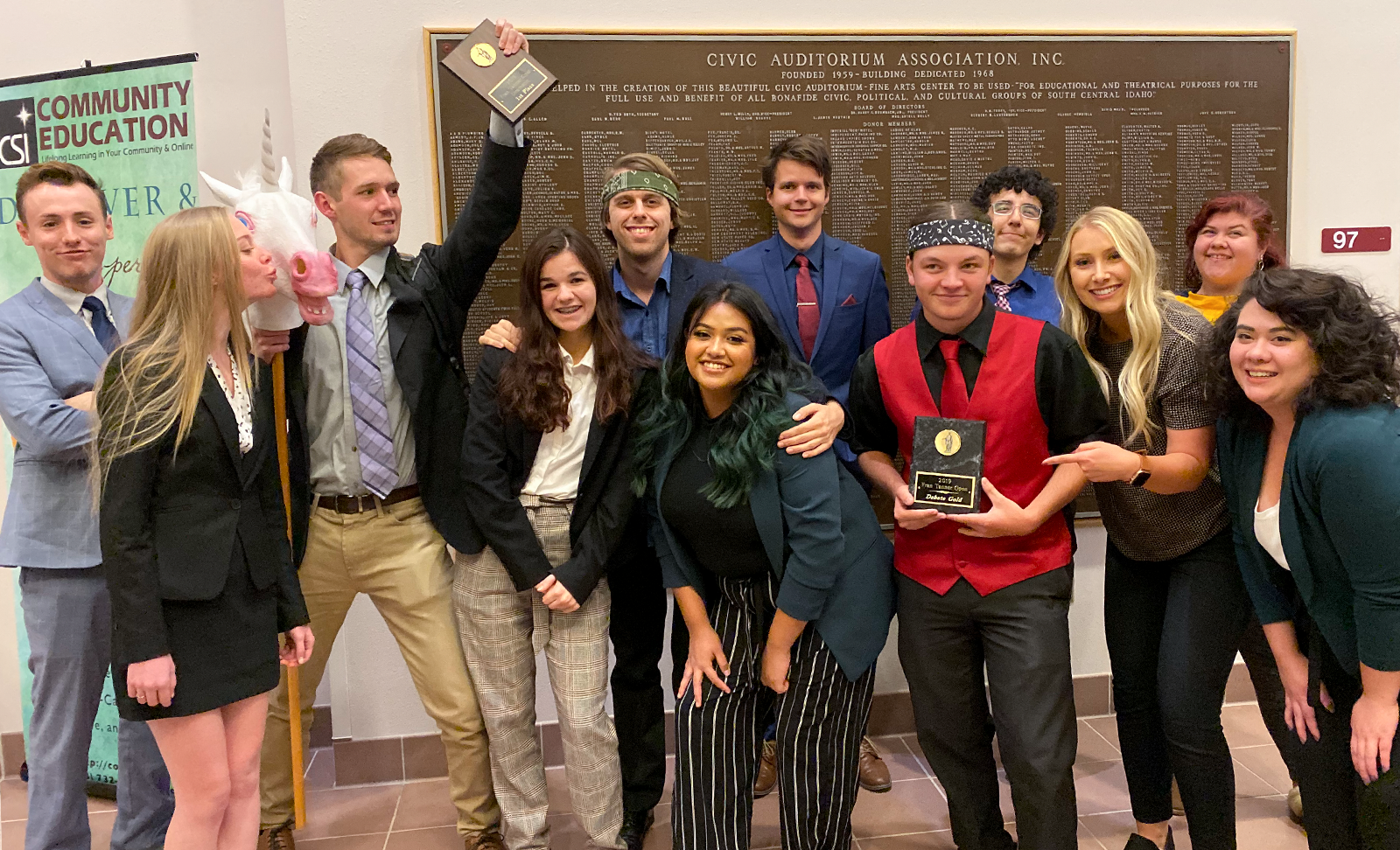 College of Western Idaho’s (CWI) national championship Speech and Debate team started off their 2019-2020 season at the Fran Tanner Invitational hosted by College of Southern Idaho in Twin Falls, Sept. 27-29. Twelve students representing CWI were among the seven schools competing.

“What makes the above so special is there were no novice or junior speech divisions at this tournament, meaning every novice was competing against people with eight years of experience,” said former member of CWI’s Speech and Debate team and new Director of Forensics, Luke Yeates.  “The fact that we have so many taking home awards is astounding.  Also, the tournament only broke perfect debate records, which is very rare.  At any other tournament both Will and Lydia would have taken home debate trophies.”

The team is now preparing for the Steve Hunt Classic, hosted by Lewis and Clark in Portland, Oct. 11 – 13.