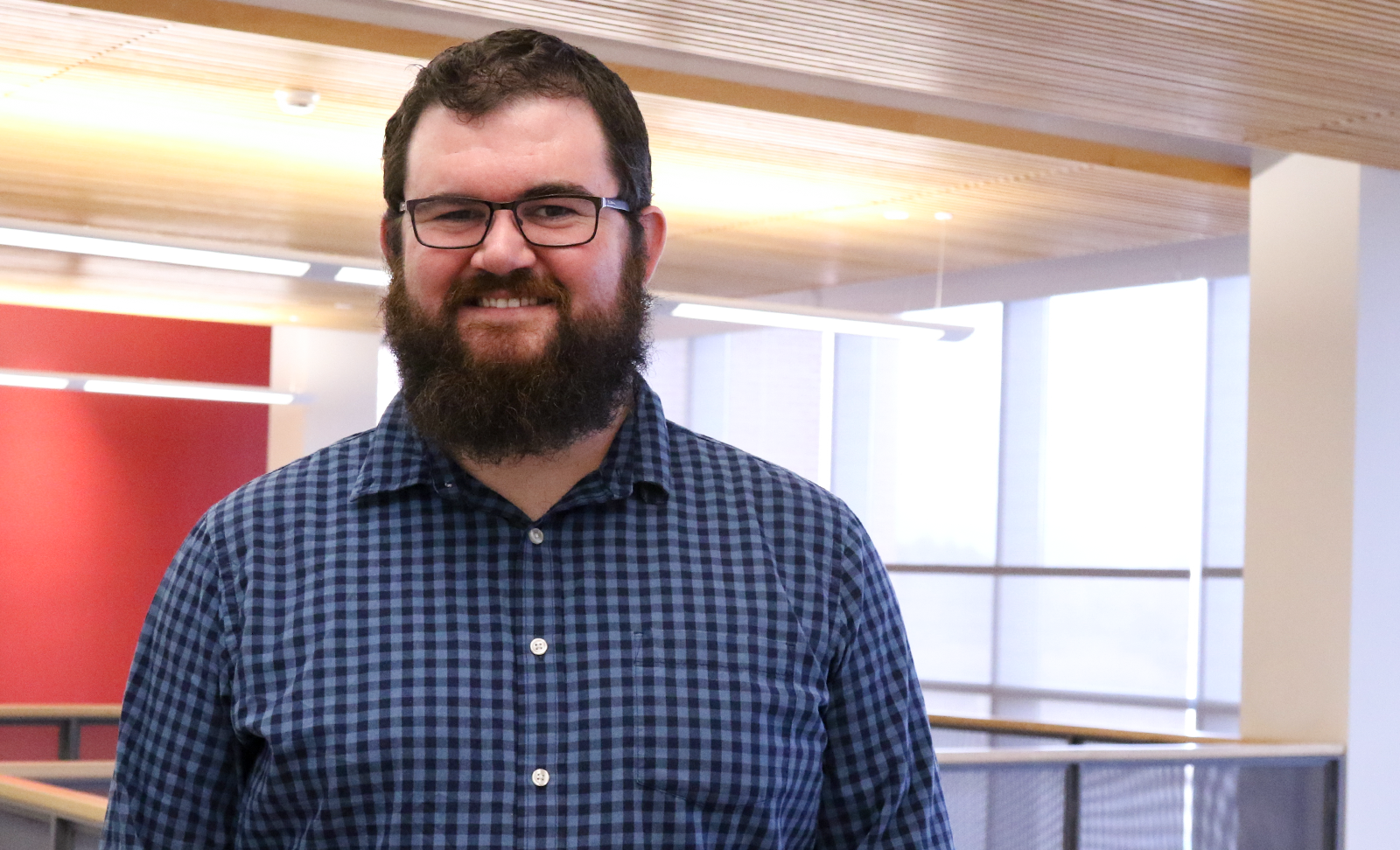 Jim Gatfield has been named College of Western Idaho’s Faculty of Distinction for December 2018.

Beginning his teaching career as a graduate teaching assistant at Boise State University, Gatfield was quickly hooked on being in the classroom and working with students. He started teaching at College of Western Idaho (CWI) as an Adjunct in 2011 and became a full-time faculty member in 2013.

During his time at CWI, Gatfield has served in a variety of roles including being a member of Faculty Senate, presenting at faculty in-service, serving on the Retention and Curriculum Committee, developing one of the original Connecting With Ideas (CWID) 101 courses, and serving as an Dual Credit mentor. His largest role at the College has been that of a coach for the six-time national champion Speech and Debate team. Gatfield started as the team’s Assistant Director in 2013, working with Johnny Rowing, before taking over as Director of Forensics in 2016. Today, he coaches alongside Assistant Director, Mark Galavis. Together they helped coach the team to a national championship last year in Nashville, Tennessee.

Gatfield grew up in rural Idaho on a family dairy raising Holstein calves and moving irrigation pipes. Outside of teaching he enjoys spending time with his wife, hanging out with their menagerie of animals (three dogs, two cats, and two rabbits), and volunteering in the Emmett Community. He and his wife enjoy spending Friday evenings at the Emmett Pet Adoption League caring for the shelter dogs. As a member of the Emmett Community Playhouse since 2003, he enjoys acting on stage, directing children’s productions, and serving as a board member. Gatfield and his wife are currently in the process of adopting their first child and are looking forward to being parents in 2019.

Please join us in congratulating Jim!