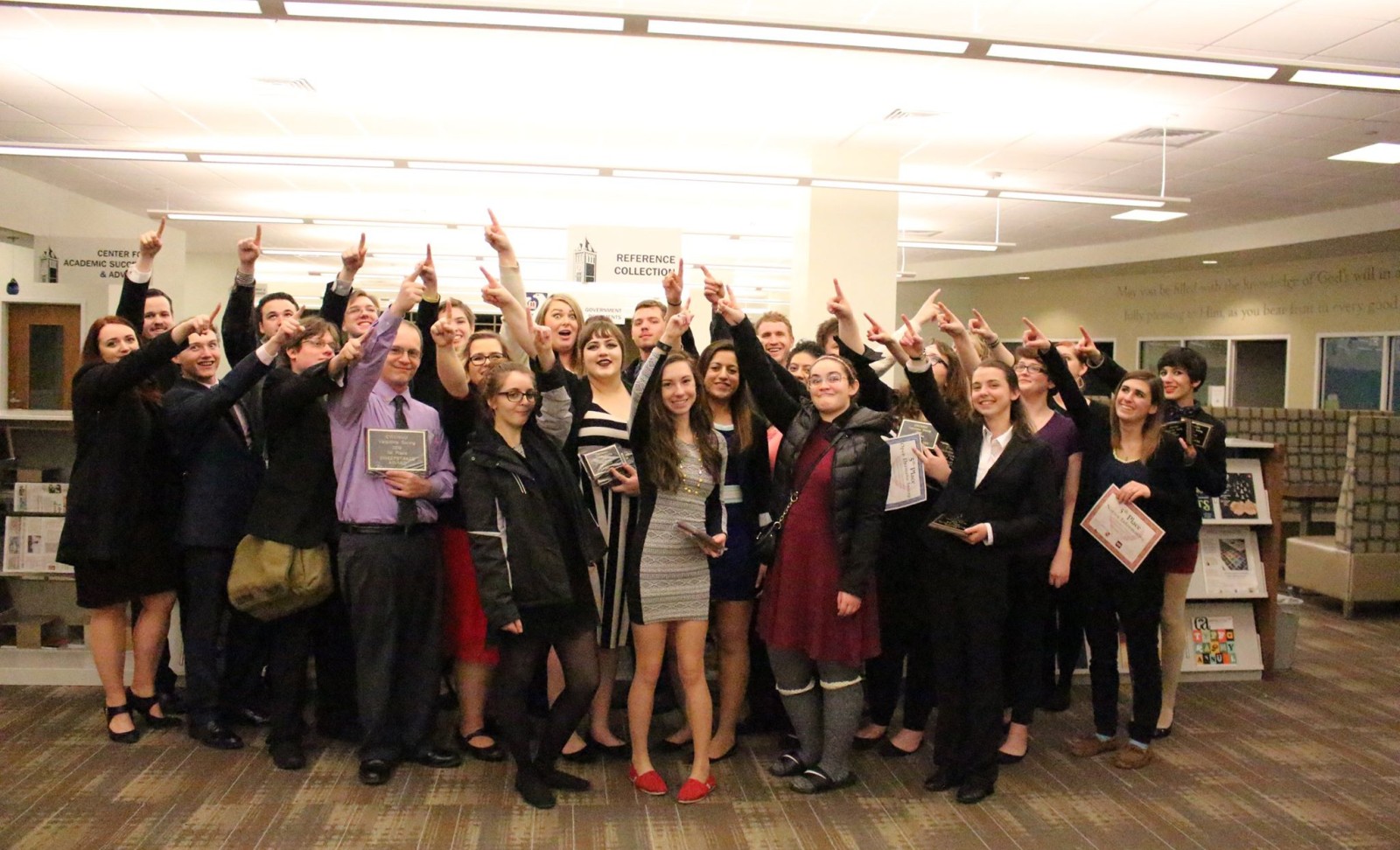 College of Western Idaho (CWI) Speech and Debate made one final stop on their path to the 2016 Pi Kappa Delta National Comprehensive Tournament with two victories at Northwest Nazarene University (NNU) Feb. 13-14. CWI and NNU teamed up to co-host a pair of tournaments over the weekend, bringing in 10 schools from the northwest. On Feb. 13, CWI Speech and Debate celebrated a victory as the top school at the Pi Kappa Delta Regional Tournament of the Great West. The feat was repeated the next day, as CWI captured the top spot at the CWI/NNU Valentine’s Swing Tournament.

In order to make the tournament a success, 22 members of the CWI community—leadership, faculty, staff, alumni, and supporters—volunteered their time to serve as judges. Many of them served during both tournaments. Jim Gatfield, Assistant Director of Forensics, said “a tournament cannot run without judges. To have so much support for speech and debate is a testament to the program’s impact.”

CWI Speech and Debate would like to extend a special thanks to all the volunteers that helped make the competitions possible.