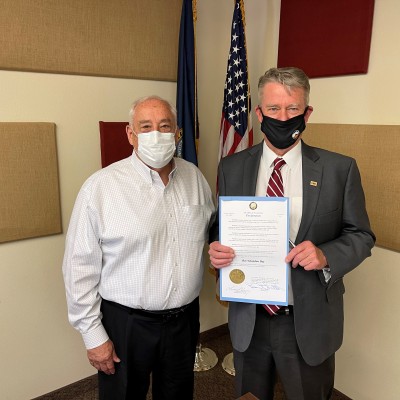 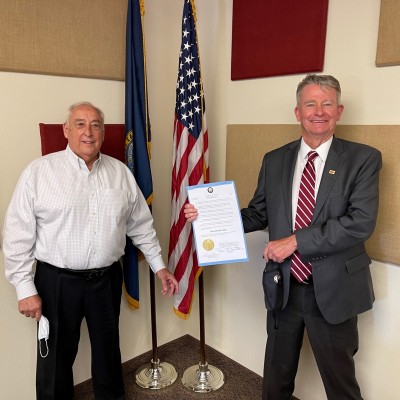 Idaho Governor Brad Little has issued a proclamation making May 13, 2021, Bert Glandon Day in the State of Idaho. During College of Western Idaho’s (CWI) May Board of Trustee meeting, Governor Little joined the Board in honoring President Glandon, better known as ‘Bert’, to the College and community for his life-long advocacy, commitment, and excellence in education as he retires from CWI after 12 years of leadership.

A service-first mindset has been core to Glandon’s professional career. After starting in the United States Army and Army Reserves, he then began his career in private industry which he leveraged to bring a business perspective to higher education. Over the past 40 years, Glandon has developed a passion for community colleges spending more than 30 of those years serving as a college president at institutions in Colorado, Oregon, and Idaho.

Glandon arrived at CWI in July of 2009, only a few months after the first classes were offered to just over 1,200 students. Under his innovative and inspiring leadership, CWI grew to serve more than 30,000 students annually in 2019 and became a significant partner with local industry to educate the next generation of leaders, business owners, and skilled employees.

“It’s great to be able to attend President Glandon’s final board meeting and celebrate his 12 years of service at CWI,” said Governor Little. “Bert has led through tremendous growth at CWI and has been a tireless advocate for students and the broader mission of community colleges in Idaho. Congratulations on a remarkable career.”

Outside of higher education, Glandon is an accomplished musician who joined the stage for a short time as the drummer with Paul Revere and the Raiders. His rock for over 45 years has been his wife, Jane. One of the titles he is most proud of is being known as the world’s greatest grandpa to his six-year old grandson, Chase, who he spends as much time with as he can.

All are invited to share memories, stories, gratitude, and well wishes with President Bert Glandon as he retires from the College after 12 years of leadership.

College of Western Idaho is excited to be part of a new partnership to open new opportunities for engineering and computer science student in Idaho.

College of Western Idaho is providing opportunities over the next month for students to make connections which could lead to employment and internships.

College of Western Idaho’s Beta Sigma Pi Honor Society will host a conference geared towards helping Dual Credit students feel more integrated on campus and make the most out of their time while at CWI.