As Sarahi Cardoza, 23, draws her Glock pistol, she carefully walks through the training she has been honing in on for the past six months.

Cardoza’s road to College of Western Idaho (CWI) has been challenging. Working on general study classes for two years before starting CWI’s Law Enforcement program, she says her long-term goal is to become a detective. She is passionate about helping people and is excited about pursuing a career in law enforcement, which is very different from her life as a teenager.

“I did not appreciate authority, I grew up in Caldwell and I was mostly hanging around with gangs — so back then, I didn’t appreciate the police at all,” she said. “I didn’t have an understanding of what they do – but they’re here to help, no matter who you are.”

Cardoza, who was born in Ontario, Oregon, moved to Mexico with her family at 13, after her father was arrested on drug charges and deported. When she was 17, she moved to Idaho without her family.

Cardoza’s introduction to CWI began with the CLEP test, a College-Level Examination Program which grants credit-by-examination. At the time, Cardoza was a student at Vallivue Academy in Caldwell. By demonstrating mastery of introductory, college-level Spanish, she was able to pass the CLEP test and earn college credit. In addition, Cardoza received her GED from CWI, another major stepping-stone in her academic career.

Cardoza has excelled in the Law Enforcement program and LeRoy Forsman, director of the program, has been impressed with her drive and performance.

“Her attitude has been so good, considering her route to college, overall, was not an easy one,” said Forsman. “She was concerned about the selection process. When she found out she was accepted she was extremely happy. She has performed better than my expectations, but more so, her expectations. Her physical skills in defense training have really picked up, and when those come up, her self-confidence level soars!”

Cardoza, who will graduate from the Law Enforcement program later this month, feels empowered by the education and training she has received. She plans on getting a bachelor’s degree from University of Idaho before embarking on her career. Cardoza has come a long way from her days on the street with gang members. Completing this program has elevated her life and her confidence, as well as opened new doors with opportunity to excel in a meaningful career. 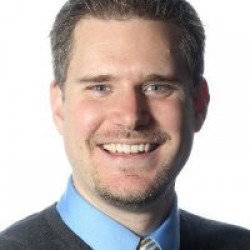