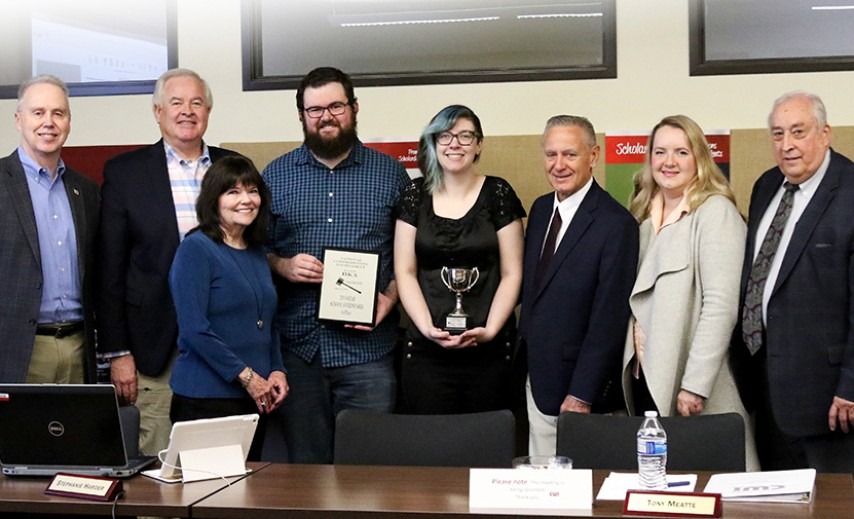 Congratulations to the College of Western Idaho Speech and Debate Team who finished their competitive season with another national championship win!

Thirteen students represented the College, with eleven participating in a national tournament for the first time. Over four days of competition rounds, the competitors secured a total of two team and thirteen individual awards across speech and debate events. Among individual awards, Alex Watt won the tournament championship in Novice IPDA debate, a first for a CWI student.

“It’s truly an unreal experience. It’s days of stress and uncertainty on how well you’re doing, but when you hear College of Western Idaho called out over the intercom, it’s a sense of not only relief but overwhelming proudness for showing that a little community college in Idaho can make such an impact in the forensics community.” – Adrianna Davis

“The pride I feel in representing our school and the things taught to me not just by our coaches, but also other faculty, give me confidence in moving forward. Whether it’s economics, political theory, biology, or communications; each thing I learned from different faculty members allowed me to push and become a national champion.” – Kevin Trombly

"From a person that was so skeptical about joining the team in the first place, I'm so proud of everyone and what they accomplished. Not only did we grow as a team and competitors, but we grew as people. I think this title shows how hard this team has worked this season. I'm super grateful to be a part of it and to be able to grow from the experience!” – Delaney Hardin

“I got to see speeches crafted with soul and experience the art of debate and limited prep events. I feel pride and honor knowing this team contributes to the forensics world and is ranked so highly.” – Marley Dawson 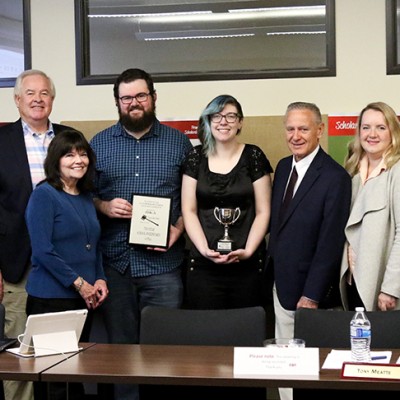 Business of Alcohol in Idaho Symposium

College of Western Idaho’s Business Department, in partnership with the Physical and Agricultural Sciences Department, are proud to present the Business of Alcohol in Idaho Symposium, Friday, April 6, 2018, from 1-5 p.m. at the Nampa Campus Academic Building. Industry experts will share their knowledge and unique experiences working with alcohol in Idaho.

The event will feature individual speakers and panel discussions each hour on topics including:  Garage to Brewery, Science of Production, Big Retail vs. Small Business, Distribution, Marketing, Licensing and Regulation, and more.

Shaving Heads for a Cause

College of Western Idaho students, faculty, and staff are invited to participate in this year’s, student-led St. Baldrick’s event to help raise money in the fight against childhood cancer.

Join the cause Thursday, April 26, 2018, from 1-5 p.m. at the Nampa Campus Academic Building. Form a team, be a sponsor or shavee, or volunteer. You can still help raise money even if you don’t want to shave your head! In 2017, the College raised $3,661, and hope to surpass this amount at this year’s event.

Kevin Kirkpatrick, Chief Strategy Officer (CSO) of Scentsy, Inc., was College of Western Idaho Business Department’s guest speaker for March. Joined by more than 80 students Tuesday, March 20, Kirkpatrick represented his employer with tact and enthusiasm. Throughout the presentation, he discussed how he acquired his position as CSO, where Scentsy came from, globalization and international trade, as well as distribution and employment. 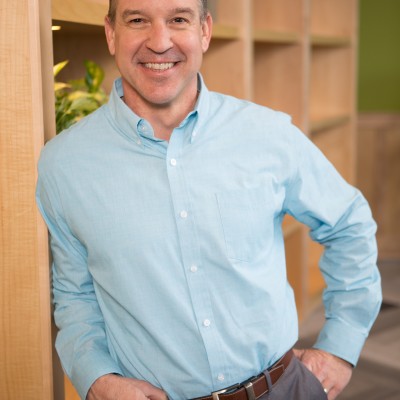 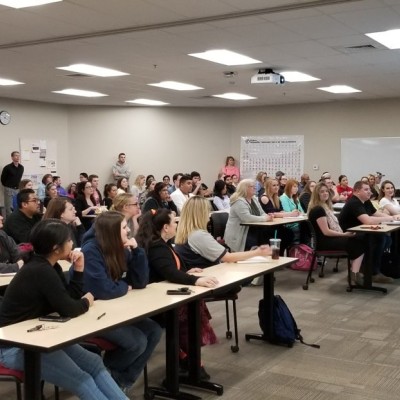